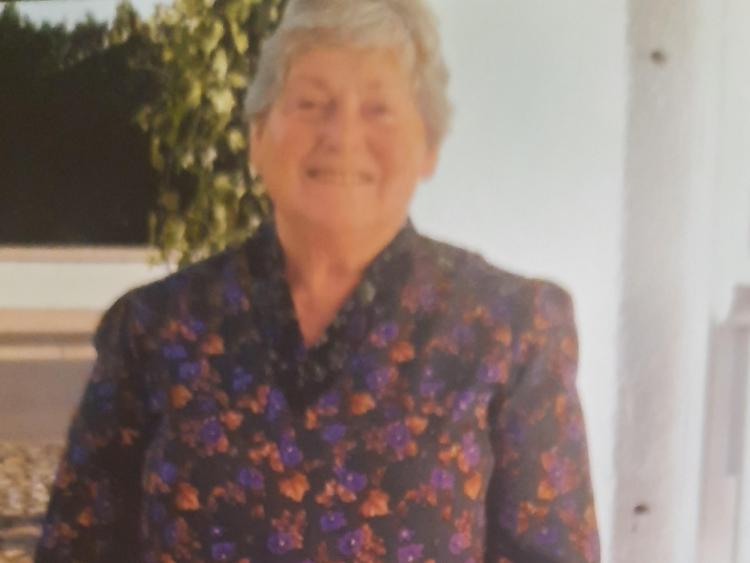 IT was with profound regret and much sadness that the people of Killoughey and surrounding areas learned of the imminent departure of the last member of the Sisters of Mercy to minister in the parish.

St Mary O'Connor is leaving the position she has held with Mid-Offaly Housing Association for the last 21 years. Her departure brings to an end 28 years of service with the association, the residents and the wider parish and beyond.

Sr Mary, a native of Co. Monaghan, was previously a teacher in Castleblaney where she taught some of the great showband stars children including the family of the late Big Tom of the Mainliners.

The Sisters were invited to administer the fledgling Mid-Offaly Housing Association project on the suggestion of the late Fr Willie Cleary, then parish priest of Kilcormac and Killoughey. This the members of the Mercy Order did with dedication as well as providing financial and other support.

When the provision of social housing in the area was first mooted it was the objective that not only should people live with comfort and dignity but that it would be in the heart of the parish where people could socialise and experience and enjoy communal living.

During Sr Mary's tenure the vision of the founders became a reality. Her generosity and endeavours with the committee, residents and people of the area saw a myriad of activities take place including summer outings, the Macra Christmas party and other parties, which were always very special.

The facility was also used by various clubs and associations. With her helpers, Sr Mary always had everything set and ready to welcome all. A warm fire, a cup of tea and a kindly word were part of the welcome.

Present and future committees should remember that the social aspect of the Mid-Offaly project and the goodwill it creates is fundamental to the success of the venture.

Sr Mary and others often played host to those from afar who came to view the development as an experiment in rural regeneration and went away inspired. As well as her pastoral role Sr Mary was an able administrator.

Over the years the committee of Mid-Offaly Housing Association experienced many difficulties as well as some notable successes. During Sr Mary's time the project grew from 11 hours together with an oratory, meeting room and laundry in Ard Aoibhinn to 12 more houses plus a communal room, kitchen and office as well as the 30 unit facility at Teach Failte now leased to Acquired Brain Injury Ireland, a property in Cappagolan and the latest four house venture now ready for occupation in the village.

Sr Mary leaves Mountbolus on October 19 to take up a pastoral role in Dundalk. With her go the good wishes and appreciation of the entire community.

Her going marks the end of the work of the Sisters of Mercy in the parish who have served the people and their Creator well.