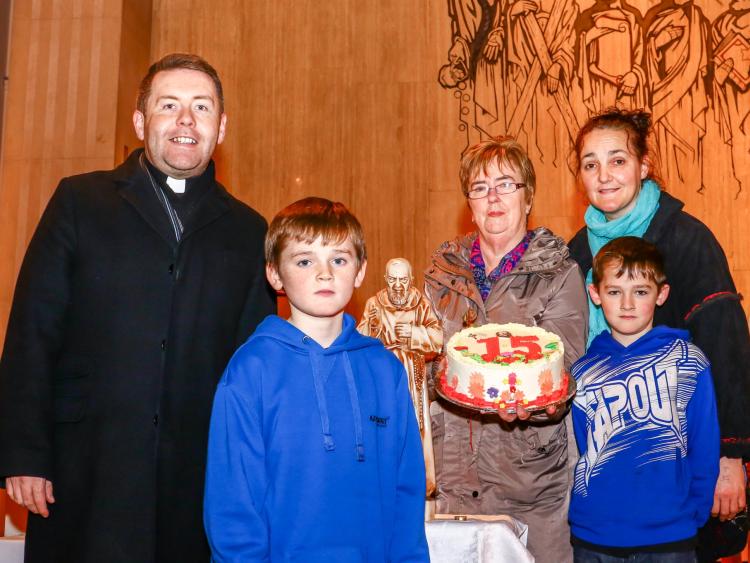 THE St Padre Pio Prayer Group celebrates the 21st anniversary of its establishment in Tullamore this year.

“The Catholic Church recognises that anniversaries are occasions to celebrate where great graces are given,” one of the founders of the group, Geraldine O'Toole told the Tribune this week.

She added that many priests, including those based in Tullamore and visitors to the parish, made themselves available to celebrate the monthly Mass.

“We are so indebted to their presence and their commitment to St Padre Pio,” pointed out Geraldine.

She added; “The community of faithful spreads far and beyond Tullamore town and we are grateful for people's efforts in travelling and for their joy in gathering.”

“In the challenging time of Covid-19 restrictions people are encouraged to pray and hope, two actions which St Padre Pio was renowned for,” said Geraldine.

“The gentle friar from Pietrelcina in Italy is quoted as saying 'I can refuse no one' Those encouraging words serve to draw us into a confident friendship reassured that all are welcome by him.”

Geraldine added: “We look forward to a time when we can assemble together for the gift of the Holy Mass in the Church of the Assumption.”

She thanked all those who have been involved with the prayer group since its foundation and said that the 21st anniversary would be marked later in the year.