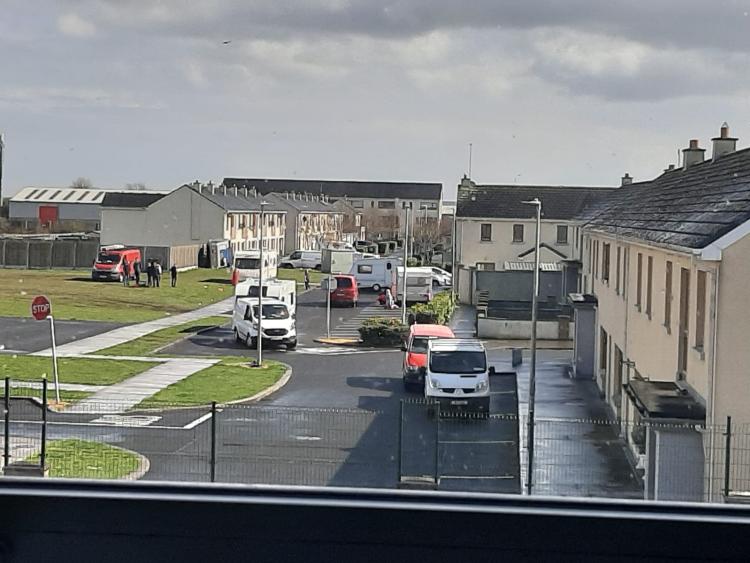 Offaly County Council is unable to remove an illegal encampment in the Church Hill area of Tullamore because of the Covid-19 restrictions, a local councillor has claimed.

Cllr Tony McCormack, speaking at this month's meeting of Tullamore Municipal District, said he and all the councillors had been contacted by residents of the area complaining about the encampment and anti-social behaviour.

Cllr Sean O'Brien said it was deeply regrettable that people have moved into the area during the Covid-19 lockdown.

“This is a huge issue for the people in Church Hill and people all around Tullamore are concerned about this,” stressed the Independent councillor.

He added that residents of the estate had to endure other issues with the development in the past and many “had to leave their homes and sell them for practically nothing.”

“Now this illegal encampment is setting the whole thing back,” added Cllr O'Brien.

He said that the people involved in the encampment did not represnt the Traveller movement in Tullamore or Offaly.

“We have to take action and ensure that the law of the land is upheld,” he stressed.

Cllr Declan Harvey said the encampment was a Garda issue.

“We all have to remain within two kilometres of our homes and people moving from place to place does not help with the coronavirus,” added Cllr Harvey.

Cllr Danny Owens revealed that a national group had been established to deal with illegal encampments.

Director of Services, Tom Shanahan pointed out that the Covid-19 emergency had caused a lot of problems for the Traveller community.

“We will work to sort out this problem,” stressed Mr Shanahan who added that the wider Traveller accommodation issue had been a problem before the crisis.