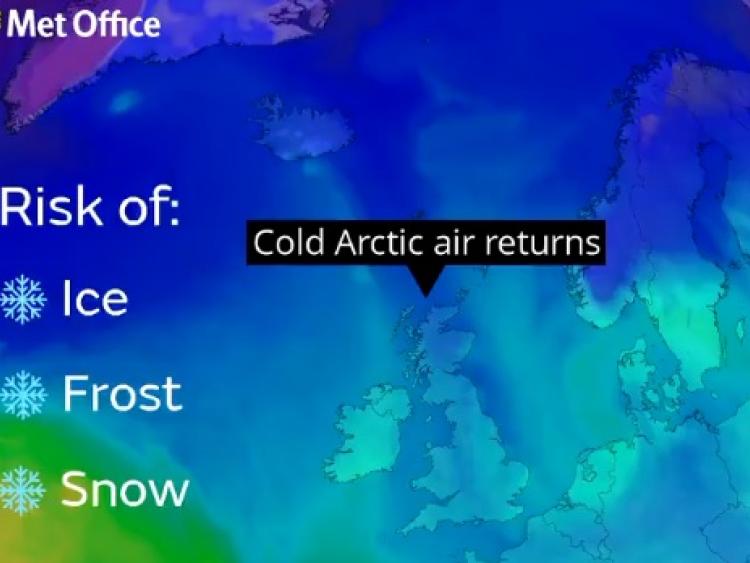 Artic air in the forecast.

Met Éireann's warning of very cold weather is backed by an arctic air forecast with snow and frost from its official weather forecasting partner.

Met Éireann is warning of snow and ice while the Met Office tweeted a graphic advising people what to expect from a blast of arctic air. MORE BELOW TWEET

Both Met Éireann and the Met Office expect colder conditions to last through the coming week.

Met Éireann is expecting unsettled and noticeably colder conditions. It says Sunday night will be cold with occasional showers - some of which may be prolonged and wintry in northern areas. A sharp frost and icy patches also.

While Monday will be a bright cold day with good dry spells the night is expected to will be very cold and wintry with occasional hail sleet and snow showers - again most frequent across the north and west with possible accumulations in places. Westerly winds will be fresh and gusty with a danger of icy roads.

It is expected to staying very cold on Tuesday with a risk of snow accumulations. A sharp frost and ice will be a continuing hazard and night.

While temperatures will rise a little later in the week it will stay very changeable with further wintry precipitation an ongoing risk, especially on high ground.