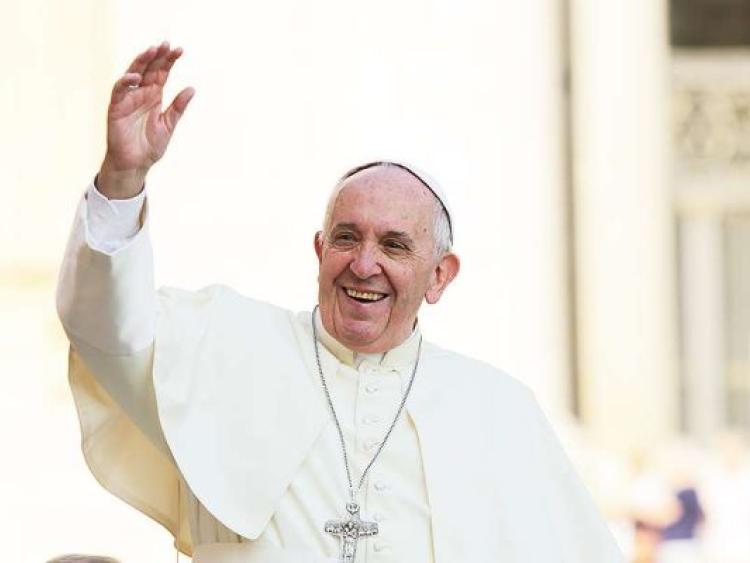 An Garda Siochana have a major traffic management plan in place for the Papal Mass in the Phoenix Park on Sunday and they are urging people to leave the car at home.

An Garda Síochána are also urging the following:

* Take public transport to and from the event or use private coaches
* If travelling within Dublin walk to the transport hubs
* Be prepared to walk on the day and suitable footwear is recommended
* Your mobile phone may run out of battery, please arrange meeting points in the event you become separated
* Those who have booked a ticket and indicated they would like to travel by car will be contacted next week by the World Meeting of Families.
* Public transport is ready to take you to and from Phoenix Park on Sunday.

There is no car park near the venue where attendees will be able to park up and walk to the event. While the event organisers have secured additional car parking for this event, these car spaces are for those availing of Park & Ride facilities (more information below).

From 6am until 11.59pm on Sunday, August 26 there will be significant road closures in place surrounding the Phoenix Park.

There will be two Stop/Go systems in operation to ensure a safe, controlled and ordered egress from the Phoenix Park and dispersal of the public:

Ashtown Gate - Route from Ashtown Gate to the Luas Stop
Chapelizod Exit Route - Before Chapelizod Bridge
Please note that whatever mode of transport you will be availing of, in all cases, you must factor in significant time within your journey for road closures and walking distances to the Phoenix Park.

Residents within the road closure cordon surrounding the Phoenix Park need to be mindful of restrictions and understand that vehicular access will be significantly limited with access/egress at certain points during the day being strictly prohibited.  Residents are asked for their patience and forbearance during these periods.

The NTA has put in place a robust transport plan to cater for everyone attending the event from across the island, including those travelling from Northern Ireland.  Tim Gaston Director of Public Transport Services, NTA said, “Every bus, train and tram is being used for this event and for the safety of the travelling public if you have a ticket for the Phoenix Park, you will be allowed to travel for free within Dublin on the day of the event.”

Each operator Iarnrod Éireann, Dublin Bus, Luas, Bus Éireann and Go-Ahead will commence services from early morning especially for those travelling from outside of Dublin.  The NTA is working closely with Translink in Northern Ireland and they are providing special rail and bus transport to the event.

There is an extensive range of public transport options available to get to and from the Phoenix Park, including:

Free travel on all public transport within Dublin for Sunday 26 August.
250,000 journeys available from Iarnród Éireann across Intercity, DART and Commuter services.
Bus Éireann will be operating a weekday service throughout the country to bring people to the event. In excess of 30,000 passenger journeys can be made on the day on Bus Éireann.
Dublin Bus have created 7 dedicated Papal transport hubs which will take you in close proximity to the gates of the park. Almost 1,000 Dublin Buses will be available to get people to and from the Mass and over 400,000 journeys will be provided.
Special Park & Ride hubs for this event have been created in a number of locations where people can park up and then take public transport to and from the event. These are Leopardstown Racecourse (Luas), UCD Belfield (Dublin Bus), Maynooth University (train) and Fairyhouse Racecourse (train).
The LUAS Red and Green line will be operating a 6-10 minute frequency throughout the day.
There will be a LUAS Stop operating at the Leopardstown racecourse for the first time.
Go-Ahead Ireland is providing shuttle buses to help with the transport requirements for the Papal Mass, using 40 double deck vehicles.
Translink will be offering dedicated rail and bus services for the event to and from Northern Ireland.  They will also be operating the shuttle service for us at Fairyhouse Transport hub.
For those travelling from outside Dublin, the National Transport Authority asks that you please pre-book your train or bus ticket or private coach.  This is especially for those who have indicated to the World Meeting of Families that they intend to travel by train or bus but have yet to book their ticket.
Taxis:

A controlled access area will be in place from 6am to 11pm on Sunday 26th August 2018 for the Mass by Pope Francis in the Phoenix Park. The priority for this event is public transport, including Small Public Service Vehicles (SPSV’s) e.g. Taxis, in order to ensure the safety of the high volumes of pedestrians expected. Taxis will be allowed to move through the controlled access area, subject to significant limitations including:

High volumes of pedestrians are expected along the routes from the transport hubs to the Phoenix Park and all vehicles, including taxis, will not be allowed along these routes.
The controlled access area includes closure of roads east of the M50 between and including the N3, N4 and N7; North of the N7 and Grand Canal; South and West of the N2 to Cross Guns Bridge and west of O’Connell Street.
Note:Dublin City remains open for business with the eastern corridor largely unaffected (M1, Port Tunnel, Eastlink).

We would ask all taxi drivers to study the details available on the Garda website, and to be familiar with the limitations in the controlled access area. Subject to the safety of pedestrians, taxis will be facilitated. For example, if you are a taxi driver and you need to take a passenger from Stillorgan Road to the Rotunda or Holles Street Hospitals, you will be facilitated. If scheduling fares to the airport, plan accordingly and allow extra time for the journey.

In addition to the road closures published on the Garda website, other roads may be temporarily closed (depending on the prevailing conditions at the time) to vehicular traffic due to the high volume of pedestrians.

Controlled Access Zone  around Dublin City from 6am until 11pm on Sunday 26 August:

There will be a secure area around Dublin, starting at the M50 from 6am to 11pm on Sunday 26 August. If you are planning on using your car to access Dublin City on Sunday 26 August then you should be aware that there will be diversions/road closures and other restrictions in place on the day. You will need to leave plenty of time for any journeys to and across Dublin City from 6am to 11pm on the Sunday 26 August, and pay attention to restrictions in place on the day.

There will also be rolling restrictions on Saturday 25 August as Pope Francis visits a number of locations in Dublin city centre, which will be announced soon.

For those who live and work near the Phoenix Park, the Pro Cathedral and the Capuchin Centre,a business and community liaison team is in place to handle queries.  In the run up to this event, business briefings and community meetings and posters in local shops are planned. In addition, a package of information regarding road closures, diversions and advice for getting around that weekend will be distributed to over 125,000 homes and businesses, as well as a dedicated helpline and an office in the Phoenix Park to help answer people’s queries.

For those not attending the event, the NTA will also be operating all normal Sunday scheduled transport services.  With road closures some buses will be diverted but customers will be informed of any changes to their route.

Speaking on this matter, Garda Superintendent Thomas Murphy: “This is the largest event Ireland has organised in nearly 40 years. It simply will not be possible to accommodate all the people who have indicated they want to travel by car to the Mass. Therefore we are urging people to go by train, bus, coach or Luas to this event. While walking is inevitable, you will be minimising your walk to and from the event by taking public transport or private coaches. ”