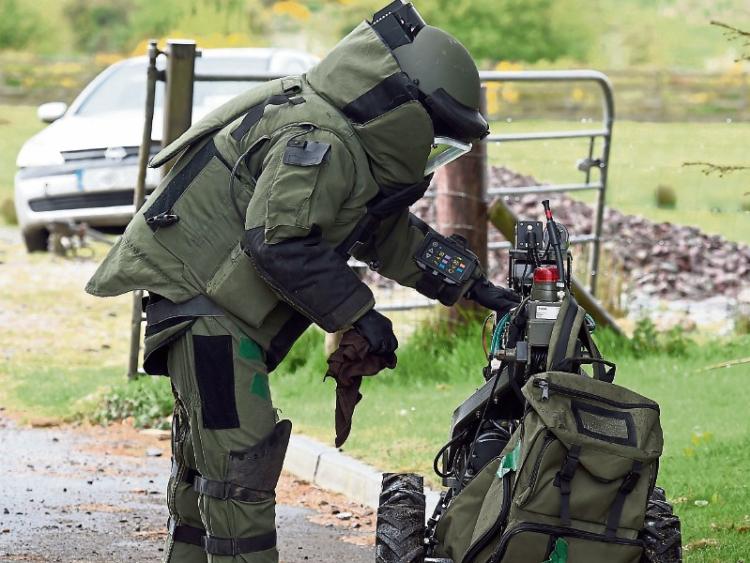 The Army Bomb Disposal Team have been dealing with two viable explosive devices, which were discovered this evening in Derrinturn, Co. Kildare, near Carbury and the Offaly border, just five miles from Edenderry, on Tuesday evening, March 14.

The two devices found in the village were made safe, but the Army have confirmed that both were Improvised Explosive Devices (IEDs).

The Defence Forces deployed the Army Bomb Disposal Team on request from An Garda Síochána, as reported in the Offaly Express earlier this evening.

A cordon was established in the surrounding area and a number of houses were evacuated to ensure public safety.

The Army Bomb Disposal Team arrived at 6.30pm, carried out an assessment and proceeded to make safe the two suspect devices. The scene was declared safe at 7.50pm.

Material of an evidential nature has now been handed over to An Garda Síochána.