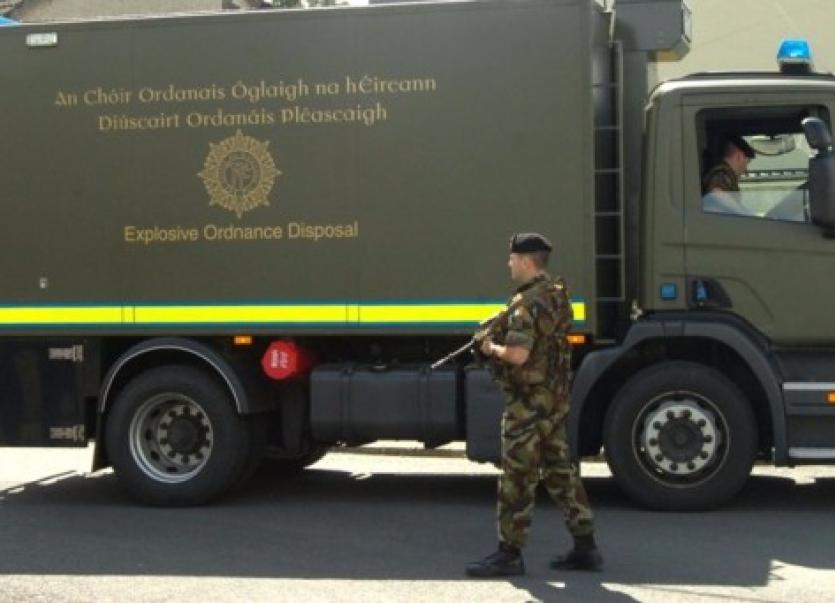 There are reports this evening that the Army's Bomb Disposal Unit are dealing with a suspicious device found in the village of Derrinturn in Kildare, close to the Offaly border, less than five miles from the town of Edenderry.

Motorists on the M7 motorway reported seeing the Army Bomb Disposal Unit being escorted by Garda vehicles in the direction of Prosperous, where the convoy was later spotted at Dagweld's crossroads on its joureny.

Locals have now reported the arrival of the unit to the Ashgrove Housing Estate on the Carbury side of the village.

It is understood the Army personnel are dealing with a suspect device found in that area.

The Army Bomb Disposal Unit have been called out to the Midlands and Kildare area on numerous occasions in recent weeks, including a viable device found in Tullamore on Friday last, March 10, and a false alarm in Rathangan last month when a machinery part was mistaken for a bomb.

SEE ALSO: Device found in Tullamore has been declared a viable bomb

Tonight's call-out is continuing and we will bring you more news on the discover as we get it.