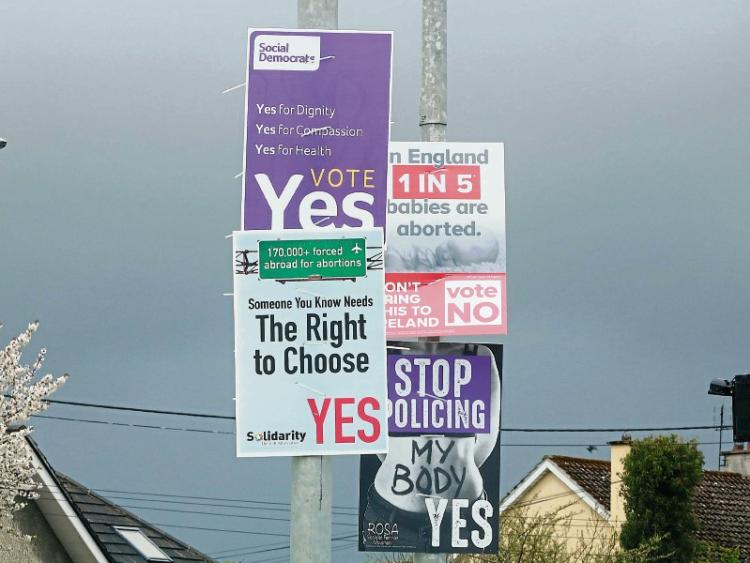 The Green Party has called for poster restrictions to be brought in for all future referendum and election campaigns.

“It is clear that social media is now the campaign tool of choice for elections and referenda. Posters are environmentally destructive, visually ugly, and a waste of money. Some posters linger for many weeks after polling day, and others are taken down with their cable ties still attached, or in many cases the ties are cut and left to fall onto the ground."

To reduce this particular problem, Green Party poster crews have been instructed to remove any residual cable ties from poles where their own posters were also placed.

"The cable ties can actually be reused, and a small flat-headed screw driver, in the hands of an industrious individual, works a treat," Pippa said.

“I was thankful to have just 10 posters to put up, and took them all down on Monday. There was however, one missing in Edenderry, so if anyone finds it where it should not be, please let me know," she added.

“We are proposing that election and referendum posters be restricted by Local Authorities to designated sites in large towns, where all campaigners and candidates can display their posters. In fact many rural villages and towns around Offaly have bans on such posters already, so a limit on numbers displayed on rural roads would also be useful. Perhaps over time we could eliminate posters altogether, and like the 8th amendment, consign them to history," Pippa concluded.