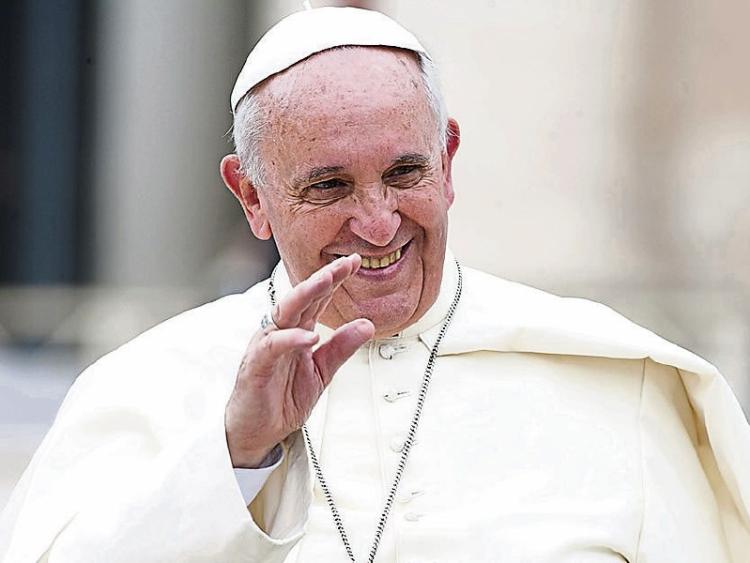 The Irish Catholic Bishops’ Conference has warmly welcomed the announcement today by the Holy Father, Pope Francis, that he will attend part of the 9th World Meeting of Families which will take place from 21 – 26 August in Dublin on the theme, ‘The Gospel of the Family: Joy for the World’.

Pope Francis, who is 81 years of age, will arrive in Dublin on Saturday, 25 August, and will take part in the ‘Festival of Families’ in Croke Park.  The Festival of Families is the faith-based cultural concert of the World Meeting of Families six-day programme.  The next day, Sunday 26 August, Pope Francis will be the chief celebrant at Holy Mass in the Phoenix Park and this liturgy will bring to a conclusion the World Meeting of Families 2018.  Full details of the papal schedule will be released at a later date.

The bishops said, “On behalf of the faithful of Ireland we warmly welcome today’s announcement, by the Holy Father himself, that he plans to visit Dublin in August for the World Meeting of Families.  We are deeply honoured that Pope Francis will come to our country to participate in this universal Church celebration of faith and joy, as well as of the contemporary challenges which face families.  With great anticipation we also look forward to hearing the apostolic guidance of His Holiness during his stay with us.”

Bishops continued, “Archbishop Diarmuid Martin of Dublin, as President of the World Meeting of Families 2018, has been charged with undertaking the significant task of organising this global celebration and each of the other 25 dioceses on the island of Ireland is supporting the host diocese to ensure its success for the whole country and for the world.  We eagerly await the visit of Pope Francis which no doubt will be an occasion of spiritual renewal for our laity, religious and clergy as well as a strengthening of Christian family life.

“The preparations for the World Meeting of Families in Dublin are benefiting from the 2014 and 2015 Synods of Bishops in Rome which discussed the role of the modern family in the world and how the Church should respond.  Both synods were hosted by Pope Francis and were preceded by a worldwide consultation.  The subsequent publication by the Holy Father, in April 2016, of his apostolic exhortation Amoris Laetitia (the Joy of Love), represents the fruit of these synods as he reflected on the significance of the deep mutual love of spouses and on their love for their children for the good of humanity and for the stability of society.”

Also today in Rome two Irish families presented the official World Meeting of Families 2018 ‘Icon of the Holy Family’ to Pope Francis during his weekly general audience in Saint Peter’s Square.  The Tobin family are from Co Kildare and the Bushell family are resident in Rome.  The delegation was led by Archbishop Diarmuid Martin, President, and Father Timothy Bartlett, Secretary General, of the World Meeting of Families 2018.  The group also included the iconographer Mr Mihai Cucu.