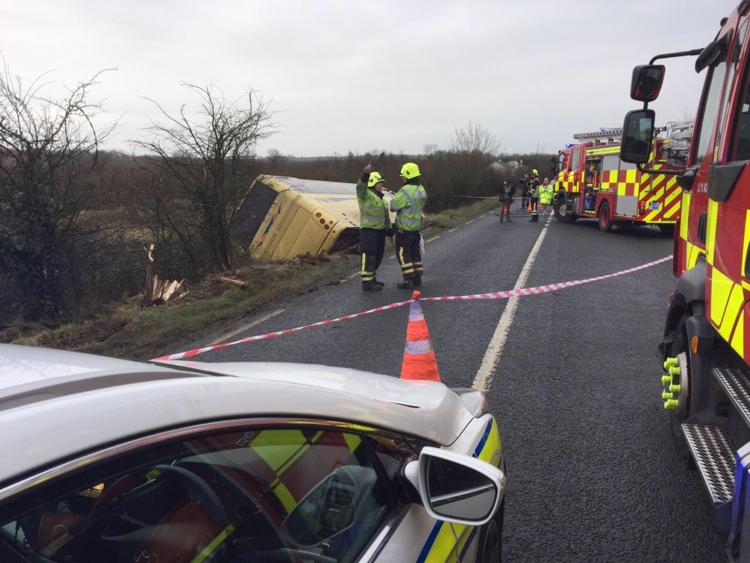 Up to fifteen people have been removed in ambulances from the scene of a multi-vehicle collision involving a school bus in County Limerick this Wednesday morning.

Emergency crews are at the scene of what is being described as a "serious incident" involving a school bus - carrying up to 60 students from John the Baptist Community School in Hospital - and two vehicles.

15 people have already been removed in ambulances with "various levels of injuries." An air ambulance has also been involved and the Civil Defence have been deployed.

The incident occurred outside Caherconlish on the Herbertstown Road, near Caherline in an area known as Connellys Cross.

It is understood that a number of students have been taken to University Hospital Limerick for treatment and while the extent of injuries are not known, they are thought to be minor in nature.

The drivers of both vehicles have also been taken to hospital, it is understood.

“There are a number of teachers and parents at the scene and we are in contact with them. I understand that a number of students have been taken to hospital but we understand their injuries aren’t serious," said Ita Browne, deputy principal of John the Baptist Community School.

“Approximately 58 students were on the bus at the time. We are working with Bus Eireann to ensure the safety of all the students," she added.

The students are aged between 13 to 18, Ms Browne said.

“I’m not on the scene at the moment,” Ms Browne continued. 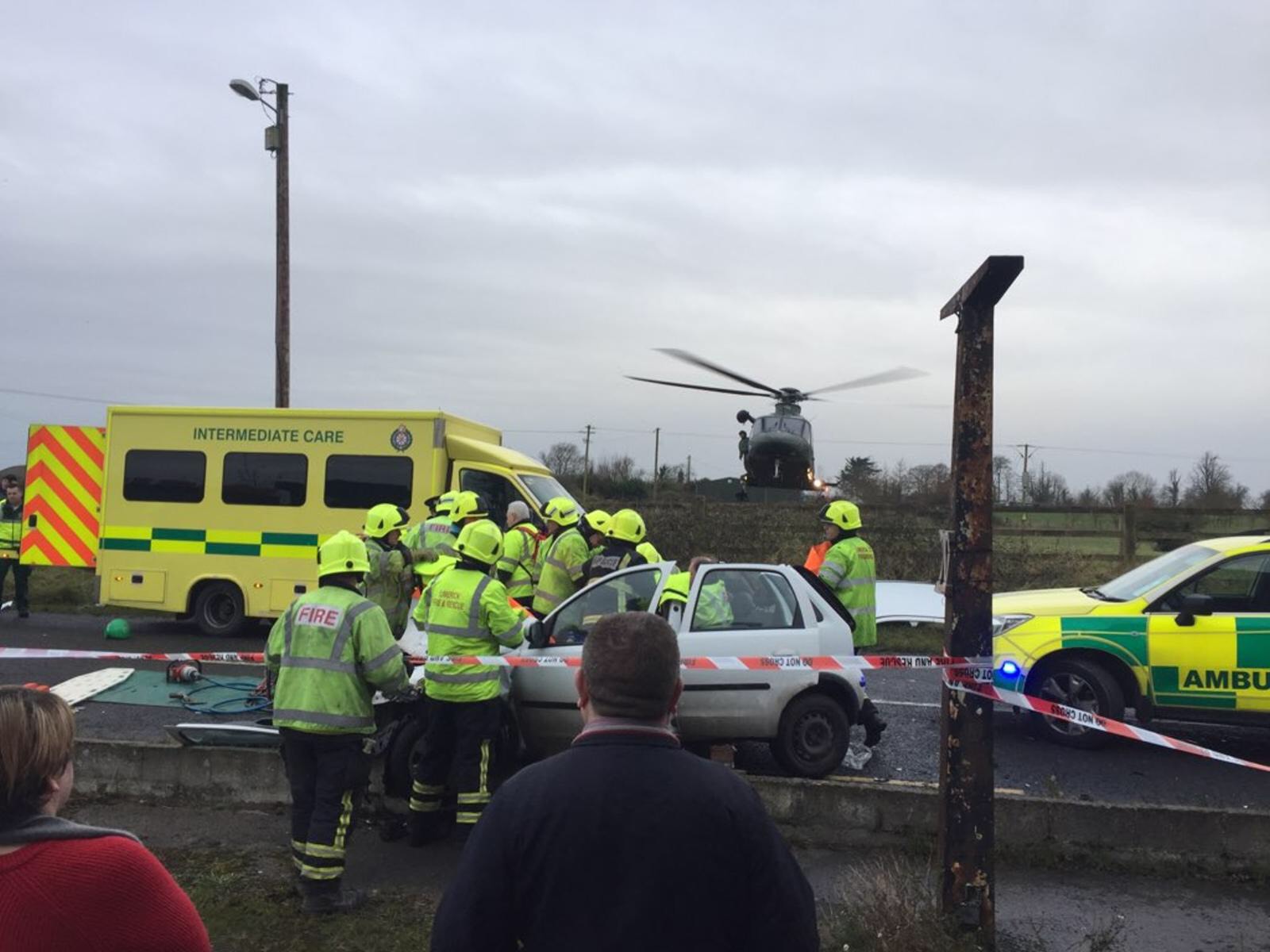 The scene in Limerick this morning

Limerick Fire Service was alerted to the incident at 8.40am, and immediately dispatched five units to the scene – three from Limerick city and two from Cappamore. They are still at the scene along with one from Kilmallock. 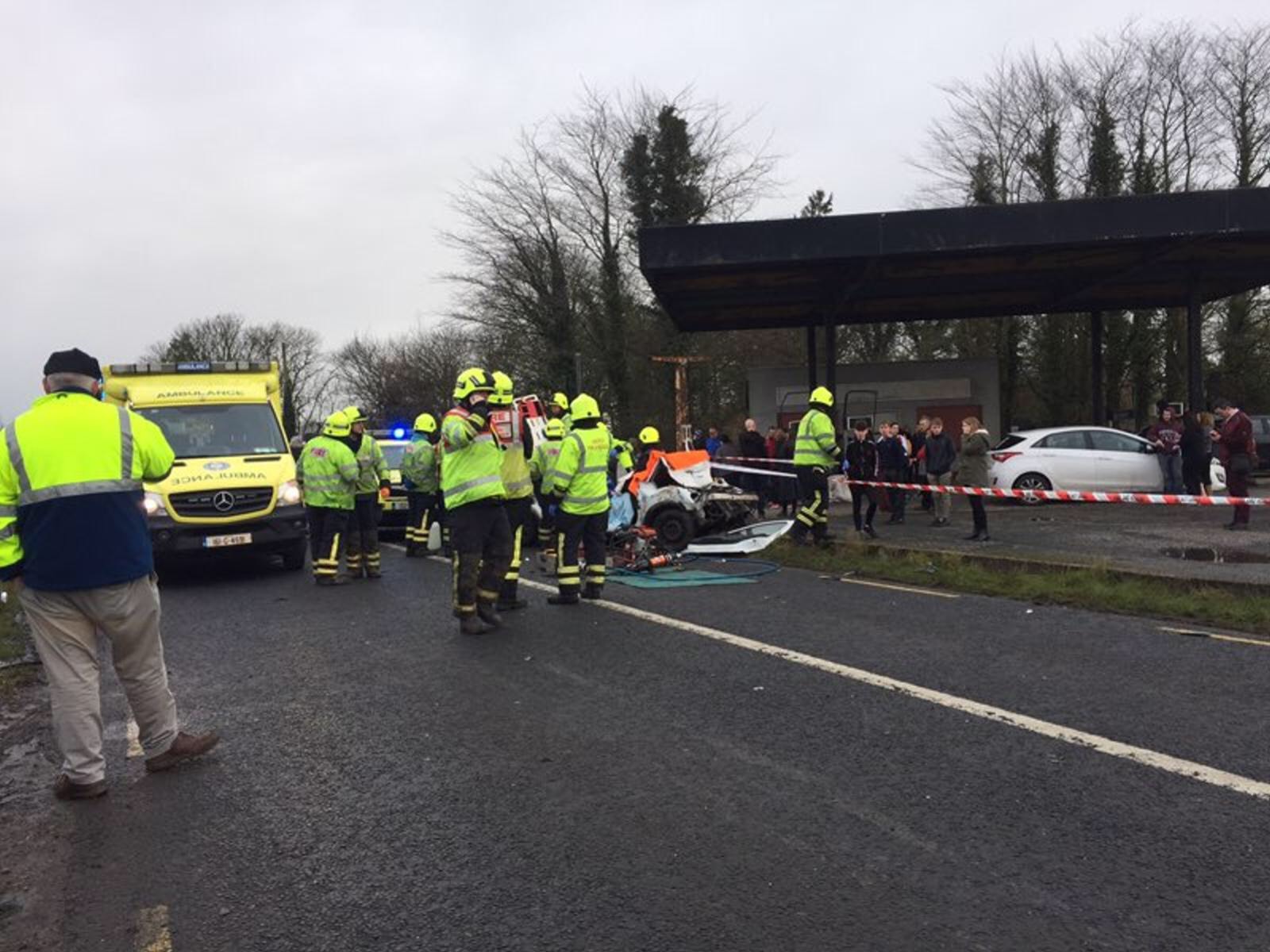 The road has been closed off and it is understood that it will be for some time.

Local diversions are in place from Caherconlish to Ballyneety, and then rejoining the R513 at Herbertstown.