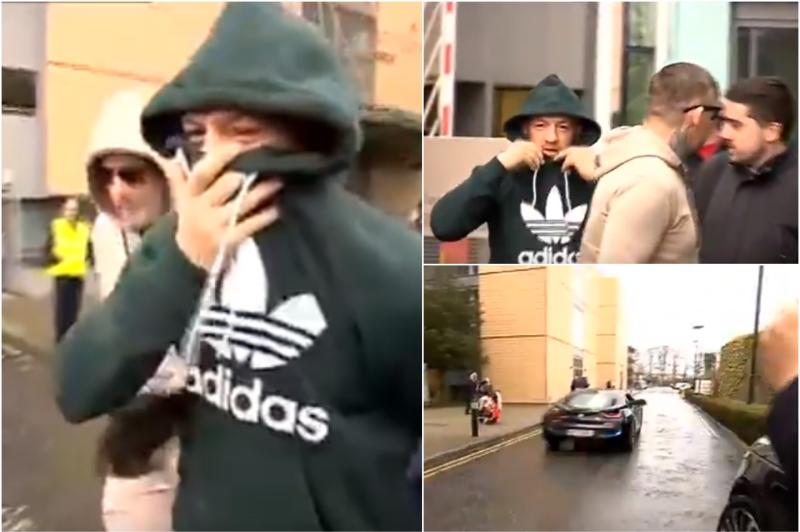 Conor McGregor was accompanied by MMA star Charlie Ward from Laois n his way out of court in Dublin today.

The UFC fighters were filmed leaving Blanchardstown District Court after McGregor pleaded guilty to a speeding offence. He was fined €400. He was ordered to appear by a judge after driving at 158km/h in a 100km/h zone. See RTE Report

His Laois colleague accompanied him as he left the court.

Conor McGregor @TheNotoriousMMA drives away from court, saying ‘Come and get me’ pic.twitter.com/ee41k2WYwK

Early in November Conor McGregor grabbed the headlines when celebrating a big MMA win by Charlie Ward in Dublin.

McGregor got involved in an angry exchange with ref Marc Goddard after leaping in to celebrate with his friend and team-mate who defeated John Redmond.