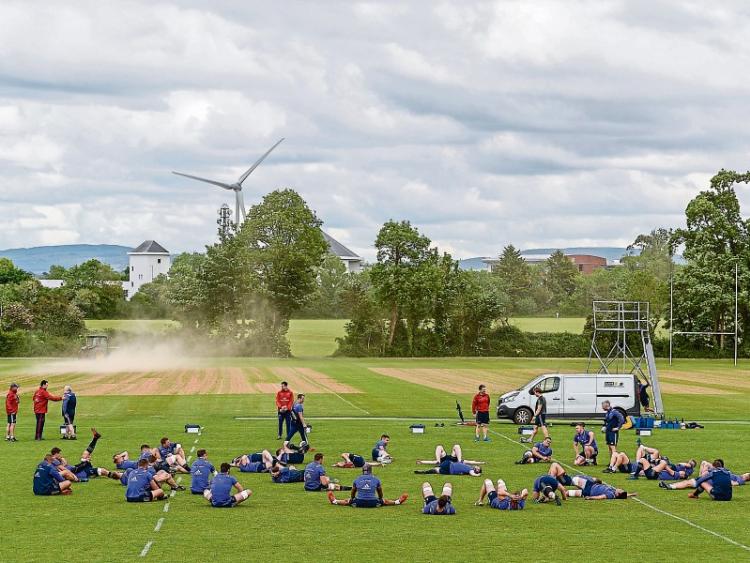 The Munster team training on the existing pitches at UL Picture: Sportsfile

THE UNIVERSITY of Limerick is proposing to significantly add to its already state-of-the-art sports campus, with the construction of three GAA-sized pitches and a large number of extra facilities.

On top of that, UL proposed to construct hurling practice areas, storage facilities, a walking and running track, and major roadworks to the site. It will also renew the current athletics track.

David Mahedy, UL’s director of sport and recreation, said that the drive behind the 22-acre project is the growing success of on-campus sports clubs.

It follows a recent referendum at UL, in which thousands of students overwhelmingly voted in favour of a staggered levy. The levy, which increased from €36 to €90, will be used to contribute to the development of new sports facilities and a new €28.5m student centre.

“We are very lucky in the sense that a lot of universities don’t have that kind of land. They are landlocked. They have to go out the country to get their playing field. If you go to UCC, you have to go to the farm to play the matches, or if you go to Trinity, you have to go to Whitehall. But we have everything on campus, and this is the last big field area that we had.

This will facilitate other popular on-campus sports, such as rugby, soccer, American football, tag rugby, softball and many more.

Mr Mahedy added: “The main job that UL does is that it enhances the life of a student. And it’s not just about the student experience, it’s about the experience of people in the Mid-West.”

Metropolitan mayor, Cllr Sean Lynch said: “It’s a no-brainer, it’s absolutely top class. UL is the leading champion when it comes to sport, and it ticks all the boxes when it comes to being a sporting city. This is most welcome, and I don’t know why anyone would not welcome something like this.”