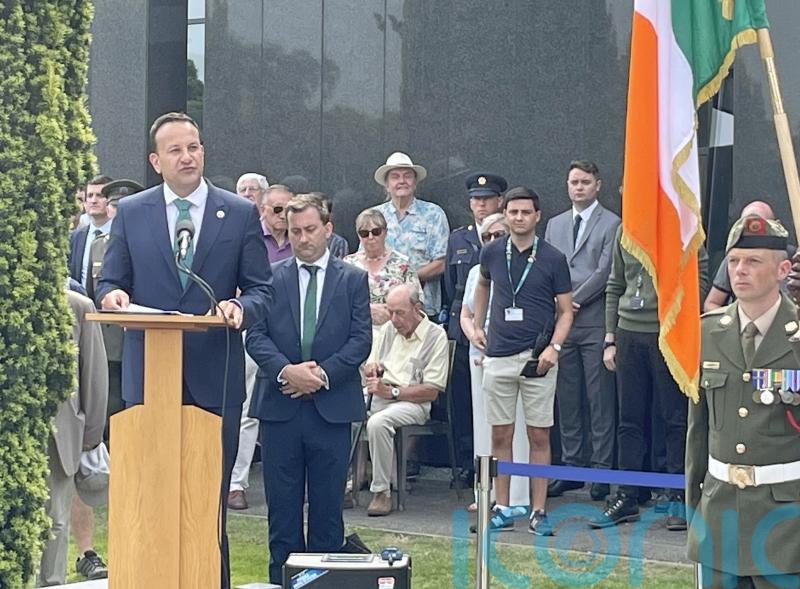 “The entire life of Michael Collins was a profile in courage,” the Fine Gael leader said at Collins’ grave.

“He had the courage to fight the British empire despite overwhelming odds, and to force it to the negotiating table.

“He had the courage to risk his reputation and his life by working to secure peace, and then persuade the majority of people in the Dail and in the country to support it.

“Most importantly, he had the courage to believe in his fellow countrymen and women, he had faith in the future, and he trusted what future generations would be able to achieve.

“That is a remarkable legacy and one that continues to motivate and inspire us today.”

The commemoration is one of the longest in the history of the state – the Collins/Griffith Commemoration Society has organised the annual event at the gravesides of Michael Collins and Arthur Griffith since 1923.

Mr Collins and politician Mr Griffith were part of the delegation which signed the Anglo-Irish treaty in 1921, leading to a split in the Irish parliament and to the Irish Civil War.

Mr Griffith died of a brain haemorrhage two months after the conflict broke out. 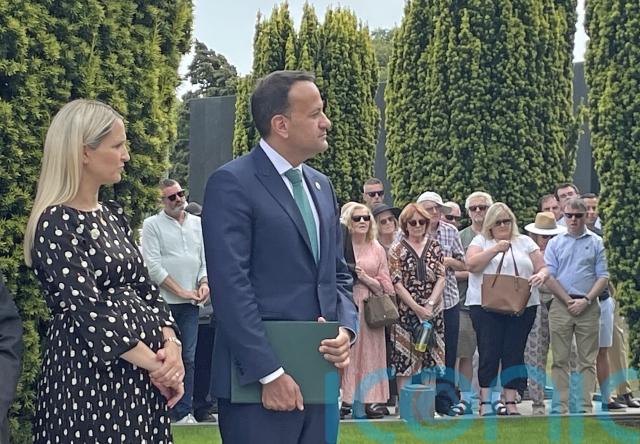 Fine Gael leader Leo Varadkar said: “When laying a wreath earlier, I was struck by the thought that it was probably a Sunday very like this one, a hundred years ago, that word began to travel around the country that president Griffith had died suddenly the day before.

“Clearly distraught, Michael Collins described it as a ‘calamity for Ireland’ and reflected on the ‘malignant fate’ which seemed to dog our country throughout history – that every time a leader emerged who was trusted by the people, they were taken from us.

“The great tragedy is that within a few short days, his own name would be added to that pantheon of lost leaders.”

Ten days after Mr Griffith’s death, Michael Collins was shot and killed during an ambush by anti-Treaty forces at Beal na mBlath in West Cork on August 22 1922. 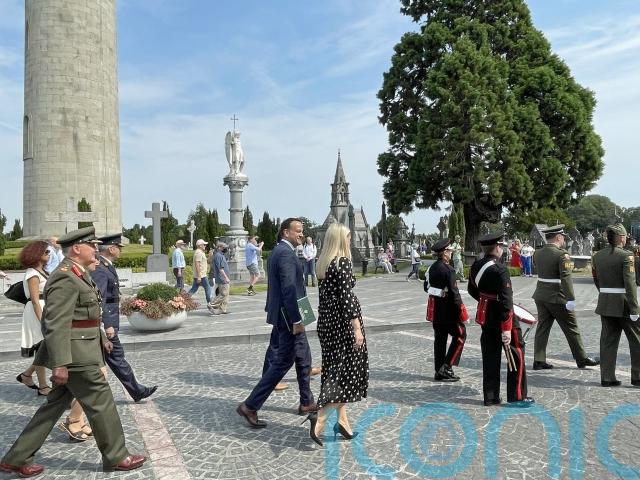 Speaking to the PA news agency, she said it was a “very special” day.

“There are people here from all walks of life and all generations: young, old, middle-aged, very young. And I think they need to be reminded of the legacy Collins and Griffith left behind in this country.

“They left us the freedom to get our freedom, and we have our freedom – an independent democracy for 100 years now.”

Ms Owen referenced a reading of a speech given by Irish politician WT Cosgrave at Arthur Griffith’s funeral in 1922, in which he said that though Mr Griffith reached his life’s ambition in creating an Irish Free State, “he died a sorrowful man”.

“And if it were not for the greatness of his heart, and the magnificence of his mind, he would have died a broken-hearted man.

“For, within the last few months of his life, he looked out upon the moral desolation, which for the time being, darkened his country and stained its name both at home and abroad.

“Those of us who knew him during the last month of his life felt every day that when he addressed us, that that man must have suffered more than any other man in this country.”

Mr Varadkar laid a wreath at the grave of Arthur Griffith, along with Shane Gray, grandson of Mr Griffith.

Minister for Justice Helen McEntee and Garda Commissioner Drew Harris laid wreaths at the grave of Eamonn Duggan, a former Irish minister who also took part in the Anglo-Irish treaty negotiations, and who died in 1936 aged 58.

The Defence Forces also took part in the ceremony, with the Sliabh na mBan armoured car on display. It formed part of Collins’s convoy, ambushed in 1922.