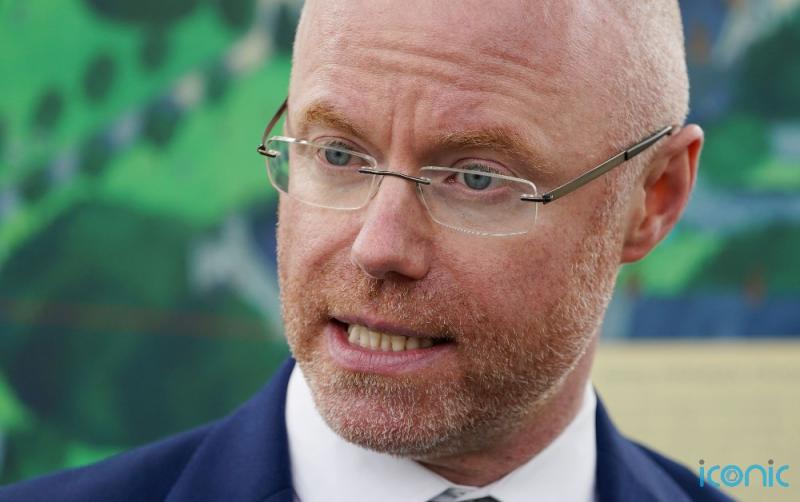 Concerns have been raised about possible religious involvement in the maternity hospital if it is co-located on the St Vincent’s site, as planned

Stephen Donnelly has indicated there will be no major changes to the legal arrangements for the new national maternity hospital.

Concerns have been raised about any possible religious involvement in the maternity hospital if it is co-located on the St Vincent’s site, as planned.

A delay to Cabinet approval for the move has been used by the Government to attempt to quash and alleviate concerns that the new maternity hospital could be open to religious interference.

Opposition politicians on Wednesday spoke of a growing sense that the Government intends to push ahead with plans for the hospital despite the concerns of campaigners.

Donnelly, who took questions in the Dáil on Thursday, said he did not anticipate any major changes to the legal agreement reached between the Government and the owners of the land on which the hospital will be built.

Mr Donnelly told the Dail: “The building at Holles Street is no longer fit for purpose.”

The National Maternity Hospital is currently located at Holles Street in Dublin city centre in a 130-year-old building.

The health minister said there is “no religious influence in this new hospital”.

He added: “Ireland has a dark history when it comes to the Church and women’s reproductive health.

“I fully agree with the demand for a fully secular hospital.

“There is no mechanism for any religious involvement – now or in the future, in the new national maternity hospital.

“The nuns are gone and we are not handing over our new national maternity hospital.

“This is a partnership between the State, St Vincent’s and the new national maternity hospital.”

“The clock is ticking,” he warned.

On Wednesday, the Oireachtas Health Committee wrote to the Minister for Health to ask him to defer Cabinet’s approval of the co-location plan for the hospital.

He pressed Mr Donnelly on whether there could be fresh talks to change aspects of the legal agreements that have caused concern for campaigners.

“We’re not foreseeing any major changes in terms of documents,” he said.

But he added that he was not ruling anything out.

Dr Peter Boylan is expected to tell an Oireachtas Health Committee later on Thursday afternoon that the phrase “clinically appropriate” in the new hospital’s constitution is “a major red flag”.

“Providing healthcare on the basis of this test removes autonomy from women and gives the sole decision-making capacity to doctors. These words qualify access to services and enshrine justification for refusing legally permissible treatments.

“The concern about Catholic ethos is too acute to proceed unless and until there is full scrutiny of all correspondence between Ireland and Rome.”

Dr Boylan, the former master of the National Maternity Hospital, will also ask NMH clinicians who have previously said that terminations take place at St Vincent’s Hospital to clarify if they take place under the 2018 Act, or with the aim of saving a patient’s life.

He will also question the governance arrangements for the hospital, and will argue that “there is no security against a future conservative Minister for Health appointing three conservative state directors” to the board of the NMH.

“This is not independence,” he will argue, calling the NMH co-location plans “flawed”.