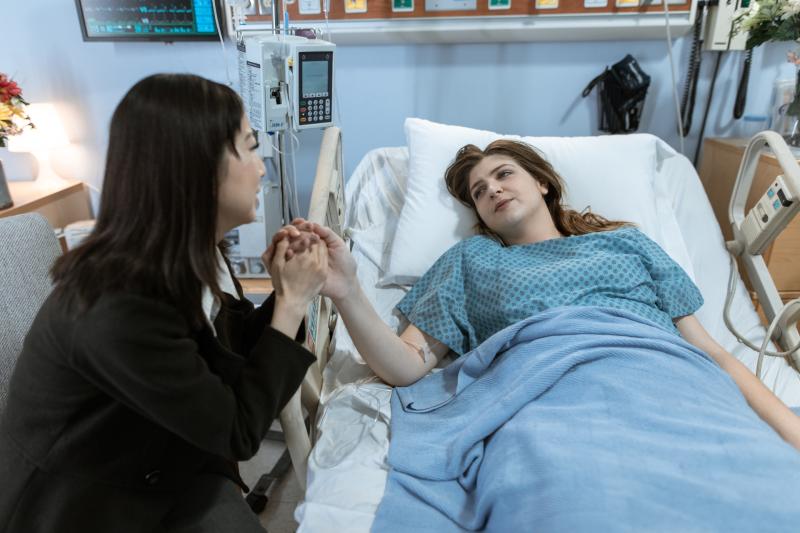 Dr Andrew Westbrook, who is an intensive care consultant at St Vincent’s Hospital Dublin, told RTÉ’s Morning Ireland that the country’s ICU system is under pressure every winter and is currently approaching "saturation."

He added that Ireland should have between 450 and 500 nationwide, as opposed to 300 beds.

Dr Westbrook also said between five and 10 per cent of people who enter hospital with Covid-19 will end up in ICU, and the current high level of hospital admissions is worrying.

He explained: "Looking at the national figures there’s been a steady rise over the weekend, I think we’re now sitting on a 680 plus in the hospital system and 125 or 126 patients in intensive care... that represents about 40 per cent of the funded staffed bed stock in the Republic of Ireland, which is pretty stark."

"Certainly, elective procedures and surgeries are being cancelled or postponed (as a result)," Dr Westbrook added.

"Whilst we have had a slight increase in capacity, we’ve had about 50 odd beds added to the bed stock in the last 18-months, we need about another 150 minimum or maybe even 200 so we get to just the average within the European Union,” he elaborated.

In addition, Dr Westbrook suggested that the HSE He needs to hire more nurses and doctors in order to manage these beds, and said that strategic thinking is needed in the medium and long-term to improve the healthcare system.

His comments follow just under a week since the National Public Health Emergency Team (NPHET) warned that, in the worst case scenario, between 400 and 500 people may require intensive care beds in December and around 2,200 people might be in hospital with Covid.

NPHET's best case projected scenario projected between 200 to 220 people needing ICU beds, with 1,100 to 1,200 requiring hospital care at a point next month.

At the same time, the HSE claimed that Covid-19 cases could fill over half of the nation's intensive care unit (ICU) beds within two weeks.