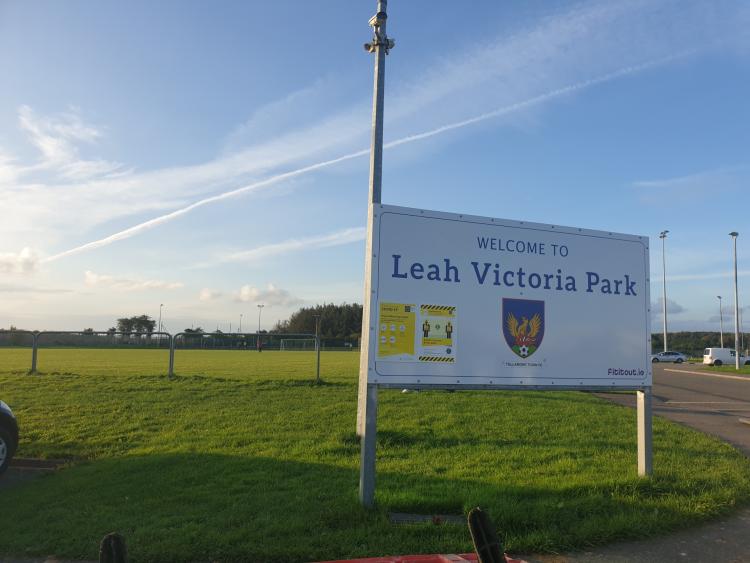 TULLAMORE Town has insisted girls are welcome to play with the club despite a bitter row which has seen a number of coaches and players leave in the last couple of weeks.

The club said it will be fielding teams at Under 9, Under 11 and Under 13 level and coaches are available for girls who wish to join those squads.

Club chairman Alan Kelly said the issues surrounding the departure of a number of longstanding coaches, including Kane Lynch, a man qualified to UEFA Elite Youth 'A' standard, were “very complicated” and “very sensitive”.

“This has been going on for three and-a-half weeks and negotiations were going on and when we thought we had it resolved, issues arose from the coaches' end and that put a spanner in the works,” said Mr Kelly.

He confirmed that a mediator had been brought in as both sides attempted to reach an agreement on how coaches who had achieved success previously with Tullamore could continue with the club.

“We've three [girls] teams training at the moment. Every parent was told there would be no problem facilitating people up at the club,” he said. “The doors were always open and they are still open.”

The chairman was commenting after one parent contacted the Tribune and claimed Tullamore Town would not be fielding any girls teams because of the actions of the new club committee.

The parent accused the new committee of having a grievance with some of the “most well respected, hard working, family orientated” coaches who had given up their time “to not only coach these girls' teams but to mentor them, help them create bonds of friendship and nurture their physical and mental development”.

Originally it was the club's intention to form teams at Under 9, Under 11, Under 13, Under 15 and Youths (girls born in 2004 and 2005) level but it appears the older age groups will not be facilitated by the club this season.

Many Tullamore players have already been signed by other local clubs, including Killeigh, Mucklagh and Portlaoise.

Tullamore Town has become a real force in the schoolgirls game in recent years and many of its players have been selected for the Midlands Schoolboys/Girls League representative teams in the prestigious Gaynor Cup, a national Under 13/14 and Under 15/16 tournament.

Correspondence on email and WhatsApp seen by the Tribune indicates that after negotiations broke down the club committee voted not to reappoint one coach and described the position of another as “untenable”, adding that the latter decision was “not open to review”.

One coach who is no longer with the club said he was involved for six seasons and listed examples of the work that had been done voluntarily in that time.

He said coaching had taken “lots of personal time and effort”, added that coaches had used “loads” of their own fuel driving players to matches, had paid for trophies out of their own pockets, had brought a girl to hospital after a match in Banagher, coached in a girls' school for free, and guided teams to two FAI tournament wins and national finals “all at our own and parents expense”.

It is believed the coaches were unhappy with the direction of the club under the new committee and were aggrieved at a decision that they should pay a membership fee.

“We had loads of issues with the committee since the new one came in,” said one coach, who did not wish to be named.

Two coaches walked out of a club meeting and subsequently they, along with other coaches, were removed from a club coaches' Whatsapp group.

One coach, who confirmed an attempt had been made to move a squad to another club because of the dispute with Tullamore, said so many girls had decided not to register with the club this season that at least €3,000 in membership fees had been lost.

In an email to coaches and parents of the Under 13 and Under 15 players, Mr Kelly said the positions of some coaches and managers had become untenable after attempts were made to move those teams to “numerous other clubs”.

The chairman mentioned Athlone Town and Clara Town as the clubs to which the former Tullamore coaches planned to move players.

The chairman said the club had hosted meetings with a mediator on behalf of a number of coaches and the committee agreed to “all” the coaches' previous requests but had voted against the return of three coaches after seeing a copy of a text message which was sent to parents of Under 15 players “advising that you were leaving to go to Clara Town”.

Kane Lynch, who had been coaching at Tullamore for 10 years, said he did not wish to comment on the controversy at this time.

One source close to the coaches said they hoped the club would be able to get new players after the departure of so many but it would be difficult.

It is also understood that one of the new coaches was very concerned at the weekend because there were “no players” for the team they were managing.

Alan Kelly became club chairman before the start of this season when he was elected by 18 votes to 15 ahead of David Power, one of the girls coaches who subsequently left.

It is understood Mr Power was happy to remain on as a coach after the AGM but relations subsequently soured as differences arose with the new committee.

Outgoing chairman, Dermot Heffernan, and a long serving treasurer, Les Francis, departed the committee in the shake-up which saw the new officers take over the running of the club.