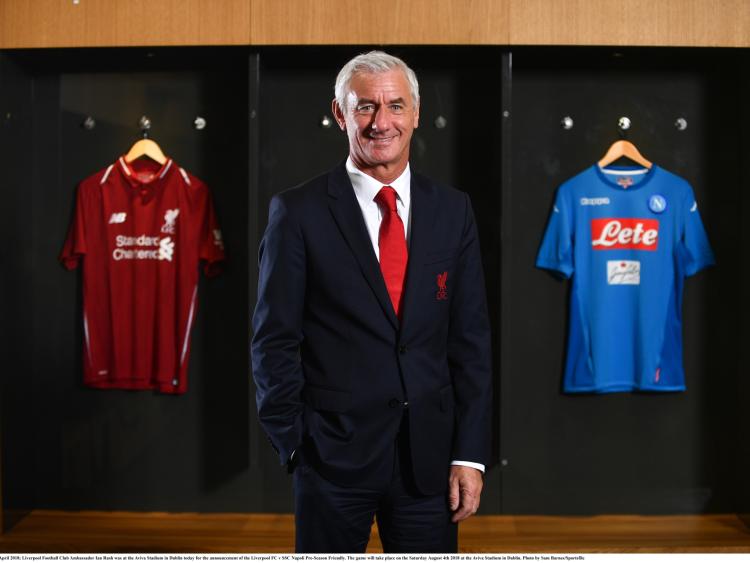 Liverpool Football Club have announced that they will take on SSC Napoli in a pre-season friendly fixture in Dublin.

Today, LFC Ambassador, Ian Rush, visited the Aviva Stadium in Dublin where the teams will compete on Saturday, August 4, 2018.

Tickets for this game will go on sale to the public on Friday, April 27 at 11am and can be purchased via Ticketmaster.

Ian Rush, LFC Ambassador, said: “As a Club, we have tremendous support in Ireland, so it’s always a pleasure to come to Dublin and play in front of our Irish fans. There’s certain to be a fantastic atmosphere in the Aviva Stadium when LFC and our Italian opponents arrive in August; and we thank the Football Association of Ireland for their support in hosting the game.”

The teams may have avoided each other in the Champions League this year, but will now confront each other on neutral turf, in Ireland.

Liverpool FC last played SSC Napoli in 2010, in a Europa League group game, when Steven Gerrard came off the bench to inspire a 3-1 win.

Like Liverpool FC, Napoli will bring a strong squad to the Avivia Stadium in August, which includes former Liverpool FC Goalkeeper, Pepe Reina.

This is the second successive year that Liverpool will play in Dublin, following last summer's win over Athletic Club in front of a sold-out crowd at Aviva Stadium; the Reds’ return is bound to excite the thousands of supporters throughout Ireland.

Tickets for this game go on sale on Friday, April 27 at 11am via www.Ticketmaster.ie  with prices ranging from €10 for kids through to €125 for a Family Package (which includes two adults and two children).