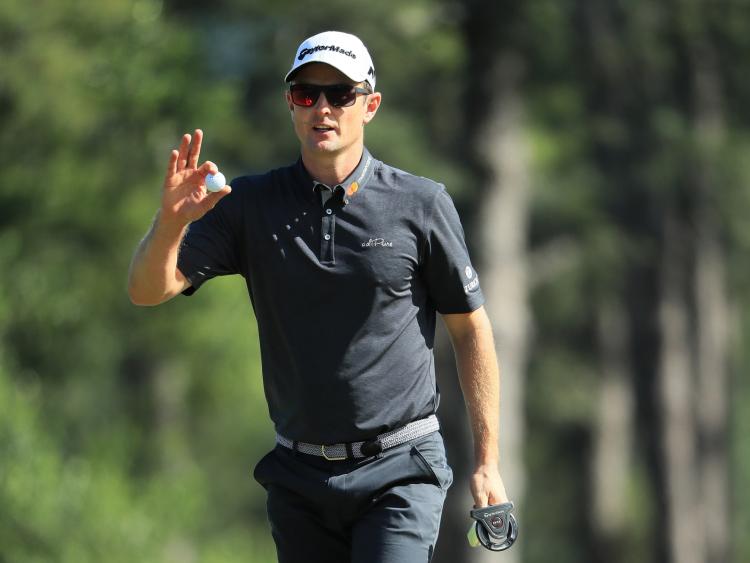 Olympic Champion Justin Rose will make his first appearance at the Dubai Duty Free Irish Open hosted by the Rory Foundation in seven years when he joins a world-class field at Portstewart Golf Club from July 6-9.

The Englishman will be playing on Northern Irish soil for the first time in his professional career when he brings his supreme talent to the third Rolex Series event of the season, having last played the prestigious event back in 2010 when his countryman Ross Fisher claimed the title.

Rose has since become a Major Champion – winning the 2013 US Open – as well as securing Olympic Gold at the Rio 2016 Games and will add to the growing list of Major-winning superstars to play in what will be the biggest Dubai Duty Free Irish Open in history, boasting an unprecedented $7 million prize fund.

The nine-time European Tour winner came agonisingly close to a second Major title at the recent Masters Tournament, losing out to Sergio Garcia on the first play-off hole in a dramatic finale at Augusta National.

That performance came on the back of an impressive opening five months of the season, finishing runner-up on one other occasion and claiming two further top five finishes on the US PGA Tour.

Tickets to watch Rose attempt to dethrone the reigning champion and home hero Rory McIlroy can be purchased at www.dubaidutyfreeirishopen.com .

“I haven’t played the Dubai Duty Free Irish Open for a while so I’m excited about going back,” said Rose, who has been a permanent fixture in the top 20 of the Official World Golf Ranking for over five years.

“With Rory’s involvement the last couple of years the event has gone from strength to strength and being part of the Rolex Series will give it an even bigger boost. Irish fans are always a lot of fun to play in front of, it’s always good ‘craic’ out there! We’ll all enjoy the tournament and it’s obviously great preparation for The Open Championship too.

“I think it’s very good to get some links golf under your belt before The Open. Playing the Scottish Open the week before is a great idea and also playing two weeks before is great because you can have a week before to fine tune.

“The fact that we have these options running into The Open is fantastic and they are top quality events which will hopefully attract not just the top European players, but maybe some players from across the pond in the USA as well.”

Tickets for the Dubai Duty Free Irish Open hosted by the Rory Foundation are on sale at www.dubaidutyfreeirishopen.com , and begin at £20 for Pro-Am Wednesday, with tickets for Thursday and Friday costing £40 and day tickets for the weekend costing £45.

An adult season souvenir ticket, which covers five days of world class golf from Wednesday to Sunday, costs just £100 (a saving of £90 over the course of the five days).

Concessions are available for customers aged over 60 and between 16 and 21, while children under 16 are permitted free entry when accompanied by a ticket holding adult.

Official Hospitality packages are also available on the ticketing page, or alternatively contact the European Tour’s dedicated Hospitality Sales Team, who will be happy to answer any queries and discuss the various hospitality options, on enquiries@ europeantourhospitality.com or +44 (0) 1344 840681.