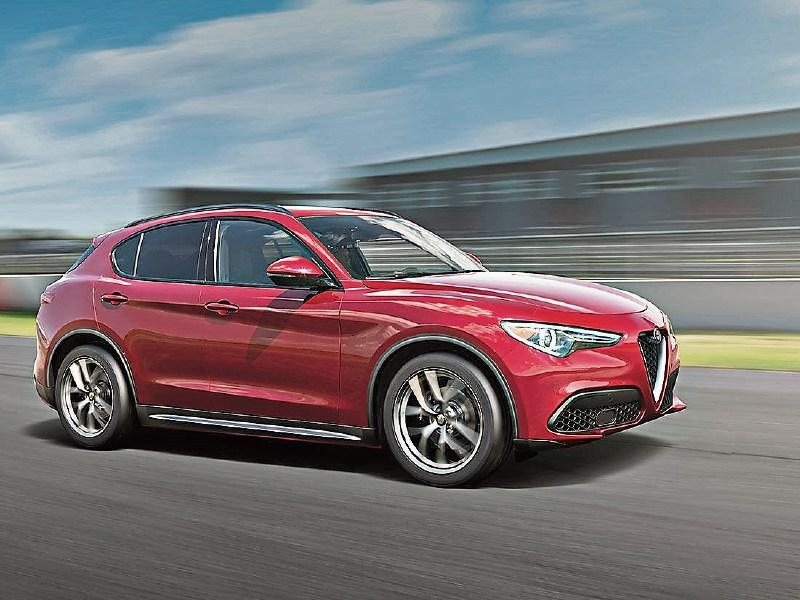 The rise of the SUV is seemingly unstoppable

The rise of the SUV is seemingly unstoppable!

Nowadays every manufacturer wants a slice of this lucrative market and even legendary manufacturers such as Bentley, Lamborgini and Ferrari no less are getting in on the act.

It's no surprise then that Italian sportscar builder Alfa Romeo has followed suit.

Their all new sporting SUV is called the Stelvio after that famous serpentine like mountain pass that runs through the Alps between Switzerland and Italy.

The new Stelvio is based on the Giulia saloon platform and it shares much of its technology such as engines, gearboxes and drivetrains.

I had the opportunity to have a brief drive in the new Stelvio recently and of course a full review will follow but these are my initial impressions.

I certainly like the style, its a distinctive looking SUV.

The interior boasts a roomy well finished cabin with plenty of standard kit to please the most demanding of motorists.

On the road the Stelvio quits itself very well indeed. It's quite a sizeable car but gets down the road more like sports saloon than an SUV.

It's nice to see that the Stelvio carries that sporting Alfa DNA.

Prices start at €47,295 and in Ireland the Stelvio is offered in four trim levels, Stelvio, Super, Speciale, and Milano Edizone.

The new Stelvio is really a breath of fresh air in the often bland SUV market.

There are now four Range Rover models, starting with the stylish Evoque, Velar, Range Rover Sport and the daddy of them all the Range Rover.

Before you get too excited let me tell you prices start at €62,240 and go up from there depending on specification you choose.

Two diesel engines power the new Velar a 180 bhp or a 240 bhp diesel and all models are four wheel drive with an auto gearbox.

I really like the clean exterior style of the new Velar with the recessed door handles.

It looks very modern. Inside the beautifully finished cabin the most dramatic thing one notices is the lack of any buttons and dials.

The instrument cluster is digitally generated and their are two high definition 10inch touchscreen that allow control of all the usual functions you would normally expect a button to do.

So in effect it looks like two big iPads in the centre console control everything.

It quickly gets covered in fingerprints but otherwise works well enough. I guess you either love or hate that type of thing in a car. The new Velar drives very well indeed and will hurtle down the road in hushed silence.