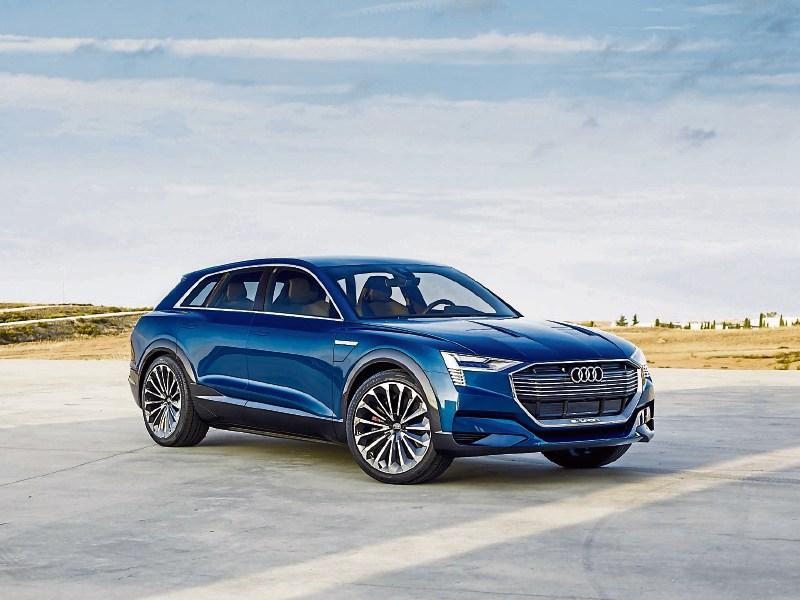 Audi has announced initial details of its first ever fully electric model.

It claims that a sporty SUV will combine the space and comfort of a typical large, luxury model with a range suitable for everyday use and for longer journeys.

With room for five occupants, and a range of up to 500 kilometres (NEDC), Audi says the electric SUV will be suitable for everyday use.

Based on the Audi e-tron quattro concept model, this large SUV the German manufacturer says has been developed to be both sustainable and efficient with a charging capacity of 150 kW in under 30 minutes.

It is also claimed that the three electric motors that deliver 320kW, the Audi e-tron quattro concept provides the economy of electricity without sacrificing on power.

As with other electric cars, there is no lag between accelerating and launch.

This model also incorporates a panoramic glass roof that provides more sunlight and according to Audi generates more efficiency for the car.

“We’ve reached a real milestone moment with this announcement as it’s the first time we will launch a fully electric model, to the Irish market. It is a hugely exciting time for Audi and our customers because we are not only unveiling a state- of- the- art BEV model, but also the wider infrastructure to support it through our JV. This will ensure the necessary infrastructure will be in place to support the future needs of customers across Ireland.”

Audi Ireland has opened an online pre-registration tool for delivery in early 2019.

Audi, BMW Group, Daimler AG, Ford and VW Group have announced the formation of an e-mobility alliance to collectively spearhead the creation and implementation of a fast-charging network in six key sites across Ireland.