CYCLING SHOWPIECE TO HIT STREETS IN 2018 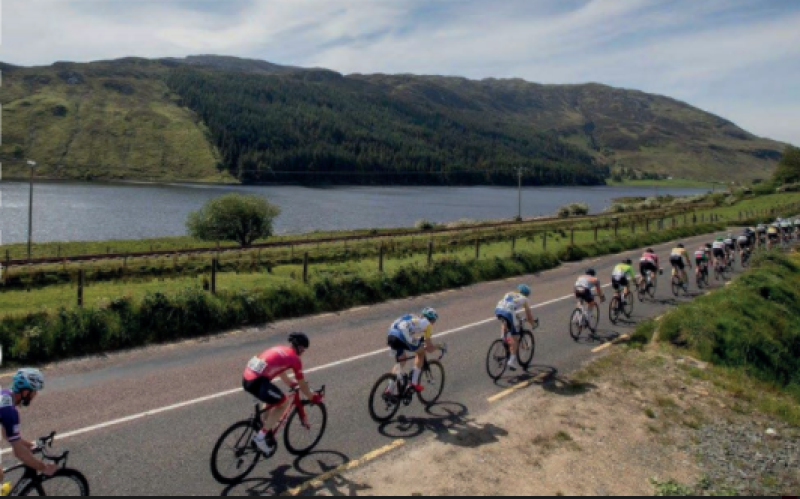 Returning to the historic Rás Tailteann name following the end of the previous race sponsorship by An Post, the route of Ireland’s toughest annual sporting event was unveiled on Tuesday, with no less than 34 climbs set to slow legs and quicken pulses next May.

The race will hit Offaly on May 21 as the riders race from Athlone to Tipperary, taking in the street of Ferbane and Cloghan along the way.

Totalling eight days and 1168.7 kilometres in length, the race will begin in Drogheda on May 20 th and end in Skerries on May 28 th . The route designed once again by Stephen O’Sullivan and assessed by Gerard Campbell will feature four gruelling category one climbs, 10 category two ascents plus 20 third
category slopes, and pitch specialist climbers against all-rounders.

Stage four will be one of the most crucial due to the eight climbs on the course, while the penultimate stage through Wicklow will see the overall contenders battle it out over the same number of uphills.

The terrain could well provoke a change in leadership, keeping the identity of the 2018 Rás champion undecided right up until the end.

“This year’s route is very reminiscent of the 2013 route, when we headed down to Kerry and Glengarriff."

"A couple of stages are very different, though,” says the new race director Eimear Dignam, the daughter of the former race organiser Dermot Dignam.

“For the most part, there are a lot of hills, but there are an awful lot of very fast roads and very undulating roads on a lot of the stages. I think it is a mix straight across the board, it varies from stage one to stage eight, from hills to fast days."

"It is going to suit somebody who is comfortable in the mountains and also comfortable on the fast roads. Those category one climbs are going to really test each rider’s climbing abilities," she continued.

"That is especially the case when the climbs ramp up on stage four, just under halfway through the week, and also when they appear on the penultimate day.”

The race gets underway in Drogheda on may 20.