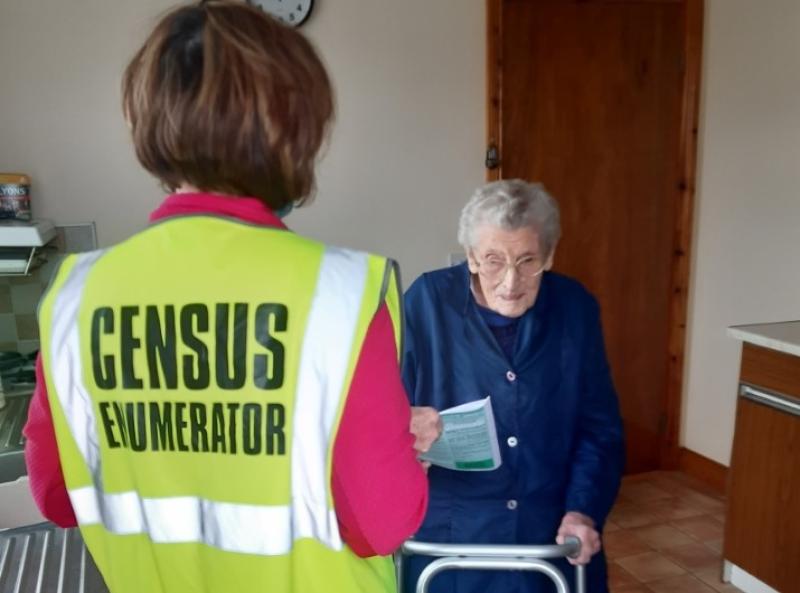 105 year old Mrs Ellen Hynes, who was born in Moneygall, Co Offaly, in 1916, completed her census form in her own handwriting this year, and is pictured returning it to the census enumerator.