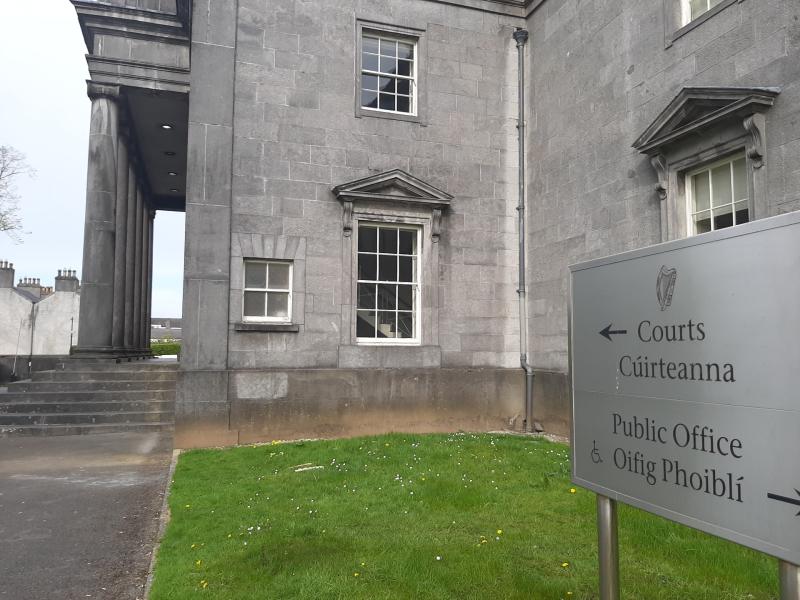 A PALM print left on a saw found after an assault on a Kildare man in Edenderry belonged to the man identified by the victim as his attacker, Tullamore Circuit Court was told on Friday.

Detective Sergeant Melissa Lyons said there were 16 characteristics on the saw which were the same as a right-handed palm print taken from Craig Connolly (30), Kinnefad, Edenderry, two days after Keith Dunne was assaulted at JKL Street, Edenderry.

Mr Dunne, aged 34 at the time, lost half of his left index finger after his hand was cut by what he described as a “machete” when he spoke to gardai afterwards.

A hand saw, identified in court as a double sided Japanese pull saw, was found on the ground at the scene of the incident on June 18, 2020 and sent for analysis to the Forensic Science Ireland laboratory.

A jury on Friday afternoon heard forensic scientist Dr Niall O Claonadh say that he saw an impression on the blade when he examined it visually.

A further examination of the object by dusting with powder to find latent impressions yielded no results.

Dr O Claonadh's photograph of the impression on the blade was examined by Detective Sergeant Melissa Lyons and using a magnifying glass to enlarge the image, she found that when compared with a print from Mr Connolly, it had ridge endings and ridge splitting which were the same.

The jury saw a chart which depicted 12 marks which were in the same position on both the image from the saw and the print taken at Tullamore Garda Station by Garda Mark Shine.

Led by Kevin White, BL, prosecuting, Detective Garda Lyons said that because of these co-incidental marks she concluded that the palm mark could be identified as belonging to Craig Connolly.

Cross-examined by defence counsel John Shortt, Detective Garda Lyons agreed that the quality of the prints taken at the garda station were poor.

She added that though different jurisdictions used different standards for the number of ridge characteristics required to make an identification, the number she found was sufficient to meet the Irish standard.

Questioned again by Mr White, Detective Garda Lyons said that while she had seen prints which had been taken better, the impression left on the object found at the scene of the assault was “very good quality”.

She added that while the palm print was only partial, that would be the case with 80% of marks dealt with by the laboratory.

She also said that in total she had found 16 characteristics in coincident sequence in the case of the Edenderry prints but was only required to present 12 to the jury.

Earlier, the jury viewed CCTV footage harvested from cameras at the Corner House and the Town Hall in Edenderry.

The footage from the Corner House recorded a white van and a black car parked one in front of the other and two people were present at those vehicles and walking on a footpath nearby.

The black car and the white van were seen driving away at the same time later. The footage was recorded at about the same time as other CCTV seen by the jury previously which was captured around the time of the assault on Mr Dunne.

In the footage recorded by cameras at the Town Hall, O'Connell Square, Edenderry, the jury's attention was drawn to a person walking in one direction and then running in the opposite direction.

The CCTV from the Corner House and the Town Hall was in addition to a compilation of footage prepared by the gardai and presented to the jury by the prosecution.

Cross-examined by Colman Fitzgerald, SC, for Sean Dillon (42), St Brigid's Road, Edenderry, a co-accused in the trial, Garda Mark Shine said he had chosen the footage for the compilation based on what he thought was relevant to the incident being investigated.

In all, CCTV footage was used from a number of premises, namely Mangan's Centra, the Station House, the Corner House, Bargains Galore, Finbarr Cullen's, Eden Decor and a private house on Col Perry Street.

The compilation footage showed a van driving around the town of Edenderry and its registration number could be seen in one still image, resulting in the gardai ascertaining that its registered owner at the time was Sean Dillon.

Garda Shine agreed with Mr Fitzgerald that the footage was used to depict the vehicle as being “the same van”, which the guard said was a Ford Transit Connect.

Garda Shine also agreed he had pointed to various features on the van, such as a stripe on the side, to say it was the same van.

The garda further said its colour was “grey silvery” and not white and he agreed with Mr Fitzgerald that it was impossible to see the registration number in other parts of the CCTV footage.

On Wednesday Keith Dunne gave evidence of how he lost half a finger as a result of the assault, saying he was involved in construction work on a footpath on JKL Street when he was attacked from behind.

He was working with his employer, digger driver Peter McCormack, who was breaking concrete and Mr Dunne's job was to stand and ensure no debris went out on the street when traffic was passing.

He said he was standing there holding a screen when he heard a shout and he turned around and saw a masked and hooded man he identified as Craig Connolly swinging a blade down towards his head.

He said the blade hit his hard hat, bounced off it and then hit his nose, resulting in Mr Dunne falling back.

Mr Dunne said the blade then came down with such force that it took half of a finger off and injured other fingers on his left hand.

The handle broke off the weapon and the attacker took off running.

Mr Dunne was brought by ambulance to hospital in Tullamore before being transferred to St James's Hospital, Dublin and though the finger was reattached, because of repeated infections he decided to have it amputated a number of months later.

Mr Dunne gave evidence that the first words out of his mouth after the attack were that Craig Connolly was the man responsible.

He said he knew Craig Connolly as the man who was at that time going out with Sophie Judge, the mother of Mr Dunne's son.

Mr Dunne said Ms Judge had been with Mr Connolly first, and then with him from November 2016 to July 2018.

He has further denied possessing an article, a pull saw, in a public place, intending to cause injury, incapacitate or intimidate another person.

Sean Dillon has denied assaulting Mr Dunne, causing him harm, and has also pleaded not guilty to causing him serious harm.

The the jury of eight men and four women was told that the State's case will be that Mr Dillon acted in concert with Mr Connolly in that they participated together in the assault by acting in common design.

The trial will continue before Judge Keenan Johnson on Tuesday, May 3.