ESB will hand over Shannonbridge building to Offaly County Council 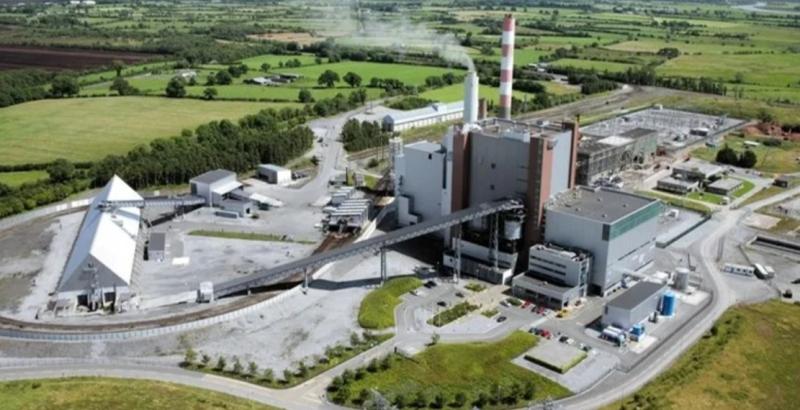 The former Shannonbridge Power Station will be mostly demolished but one building will be set aside for electricity storage.

The ESB will hand over Shannonbridge building to County Council.

Andrew Murray, Senior Planner with Offaly County Council, gave a brief update on the Just Transition process during a Council meeting recently, during which he pointed out that the Dalton Building in the former West Offaly Power Station site in Shannonbridge is now empty and it is proposed to hand it over to the County Council.

It is being planned to use this building for the storage of power. In October two ESB managers met with the Council and discussed with them the proposal to turn the Dalton building into an energy storage centre.
The Dalton Centre is a sizeable building which the ESB, following the closure of the power station in December 2020, said it would hand over to the Council.
The ESB started emptying out the Dalton building last Autumn in preparation for the installation of large storage batteries.
The councillors were also told a few months ago that there was a peregrine falcon nesting on the building which would entail the drawing up of an ecology report.

The ESB said this month that it is going to submit a planning application for the demolition of its former peat-fired power plants in Shannonbridge and Lanesboro. Donal Phelan, Senior Manager in the Generation and Trading Directorate in the ESB, said a couple of buildings will avoid the demolition and will be repurposed as battery storage hubs, and Dalton will be one of these.
He said that following a review of redevelopment options for the decommissioned plants in Lanesboro and Shannonbridge the state-owned company decided to seek planning consent for new technology hubs to allow “greater levels of renewable energy on the grid”.
The ESB said the large industrial plant buildings “will be demolished” in line with the company’s planning obligations.

The ESB is also seeking planning approval for the development and operation of a Battery Energy Storage System (BESS) and a Synchronous Condenser (Sync Con).

The proposed capacity battery storage facility will be 75MW, and will contain 22 battery storage units, each 19m x 5m x 3m, alongside adjoining inverters, each 10m x 5m x 3.8m. The Sync Con will comprise a 400MVA condenser and various electrical plant and support items. Both developments, for which a planning duration of ten years is being sought, will be served by grid connections which will comprise underground electrical cables connecting the proposed units to the transmission network via existing substations on site.