CRAFT BEER REVIEW: If you're seeking a beer that is only a wee heavy, try Diving Bell 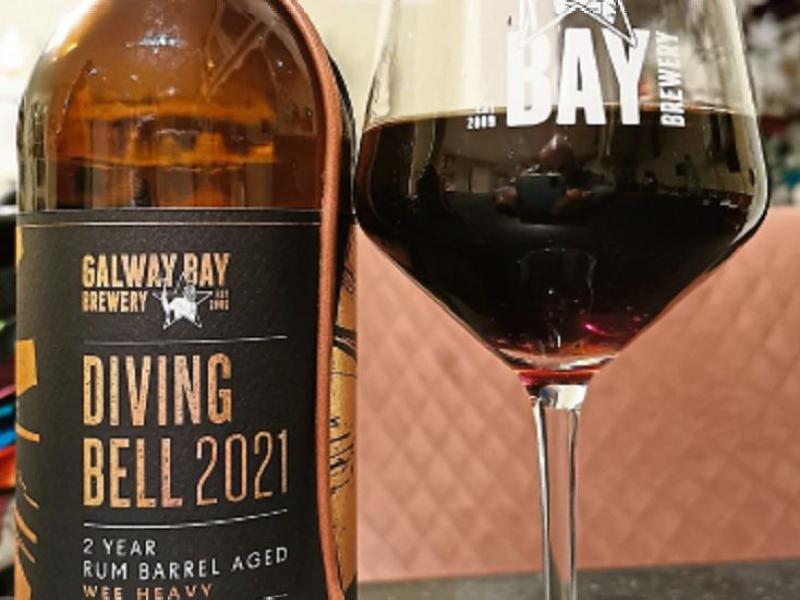 The reason being, that Galway Bay make a very small batch release for the month of December where they showcase some of their finest barrel aged and vintage beers that make perfect special beers for the Christmas period.

Last year they released a boxset of such beers along with a branded glass; this year they've separated the beers for singular purchase, meaning we get to pick and choose which we want to sample.

I picked up two, one a rum barrel aged scotch wee heavy and the other also a rum barrel aged beer but an imperial stout. Both were aged for a minimum of 25 months in their respective barrels and are both very unique in flavour and character.

Diving Bell 2021 is this week's beer for review, a scotch wee heavy, this particular style of beer is very heavily influenced by crystal malt used in its grain bill. Crystal malt is caramelised and this gives beers a distinct caramel and toffee flavour.

The beer pours a deep rich mahogany red and chestnut with ruby and garnet glimmering at the outer edges of the glass.

There's not much head retention left after sitting quietly in a barrel for over two years. The aromas are unmistakably caramel and boozy warming vapours lift from the glass also.

On first sip that warmth is confirmed, enveloped with a toasty, rich and decadent character that coats the palate and makes this a perfect fireside sipper, possibly to share.

Mountains of toffee and caramel lead the charge and the full bodiedness ensures this is sipped slowly. The Nicaraguan rum cask has added smooth, oily rum and and woody notes that bind perfectly with the beer.

The bottles moved fast out of Carryout in Tullamore. A truly great beer.

Brendan Sewell pens a weekly craft beer review for the Tullamore Tribune and Midland Tribune. A Tullamore-based chef, he is an award winning homebrewer, founder member of the Midlands Beer Club and creator of the YouTube channel Views on Brews.