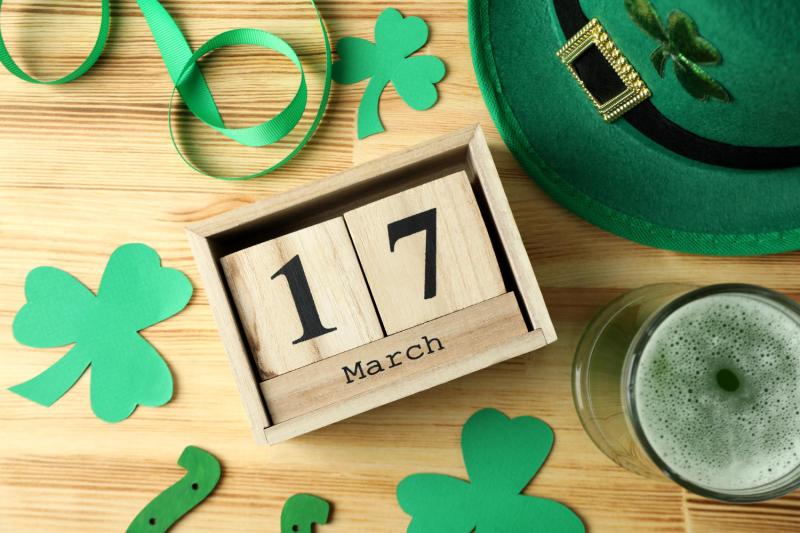 According to the latest forecast,St. Patrick's Day will bring a mix of well scattered showers with dry and sunny periods. The longest dry spells will be in the south and east.

The weather forecast for Ireland for Tuesday from Met Eireann is for the day to start off dry and mostly cloudy with perhaps a few bright spells in the east. During the morning rain will develop in west Connacht and west Ulster and spread southeastwards through the afternoon. East and south Leinster will stay dry. Highest temperatures of 7 to 10 degrees with moderate southerly winds, fresh along the west coast

A cloudy to overcast night on Tuesday night with outbreaks of rain or drizzle in light variable winds. A clearance will develop in western areas later in the night. Lowest temperatures of 2 to 5 degrees generally, but dipping near freezing shortly before dawn in the west with a touch of frost possible there.

According to Met Eireann, Wednesday will be cloudy and there will be damp conditions with rain and drizzle to start in most areas. Drier and sunnier weather in the west will extend eastwards through the morning, brightening up in eastern counties later in the afternoon. Well scattered showers will also follow. Highest temperatures of 7 to 10 degrees in light to moderate northwest winds.

A dry and clear night with light winds to start on Wednesday night. However cloud will thicken from the west overnight with some showery rain moving in off the Atlantic overnight. Light southwest winds will freshen near Atlantic coasts overnight. Lowest temperatures of 0 to 4 degrees, coldest in the east with a touch of frost there.

According to the latest Met Eireann weather forecast for Ireland, St. Patrick's Day will bring a mix of well scattered showers with dry and sunny periods. The longest dry spells will be in the south and east. Highest temperatures of 9 to 12 degrees with moderate to fresh southwest winds. Becoming dry on Thursday night with long clear spells and light southerly winds. Lows of 2 to 5 degrees.

According to Met Eireann, Friday currently looks to bring plenty of dry weather with sunny spells. Cloud will build a little during the day with some drizzle possible in the south. Highs of 9 to 12 degrees. Breezy at times with moderate to fresh southerly winds.

Met Eireann says that current indications show that the weekend will be mainly dry with light winds and sunny spells. Mainly clear and cool at night with possible frost.