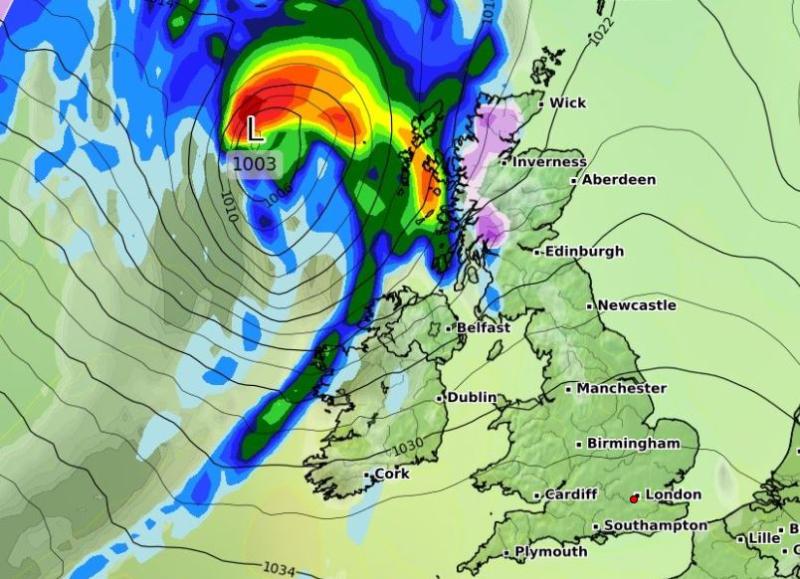 The weather forecast for Ireland for Sunday from Met Eireann is for a dry start to the before the weather becomes windier with a band of heavy rain set to cross the country.

According to the latest Met Eireann weather forecast for Ireland, it will be mostly dry to start on Sunday with some outbreaks of light rain and drizzle, mainly in the west. Becoming windy by the afternoon with a band of heavier rain pushing in from the northwest, extending to all areas by early evening. A clearance to scattered showers will then follow. Westerly winds will increase fresh to strong and gusty, reaching near gale force in northern and northwestern coastal areas. Highs of 8 to 11 degrees.

It will be dry in most areas Sunday night with clear spells, but a scattering of showers will persist, mostly over Ulster where a few may turn wintry over high ground. Lowest temperatures of 2 to 6 degrees with fresh to strong and gusty northwest winds.

According to Met Eireann, Monday will be cloudy with outbreaks of rain spreading from the northwest in the afternoon and evening while highest temperatures will range from 8 to 10 degrees in moderate westerly winds.