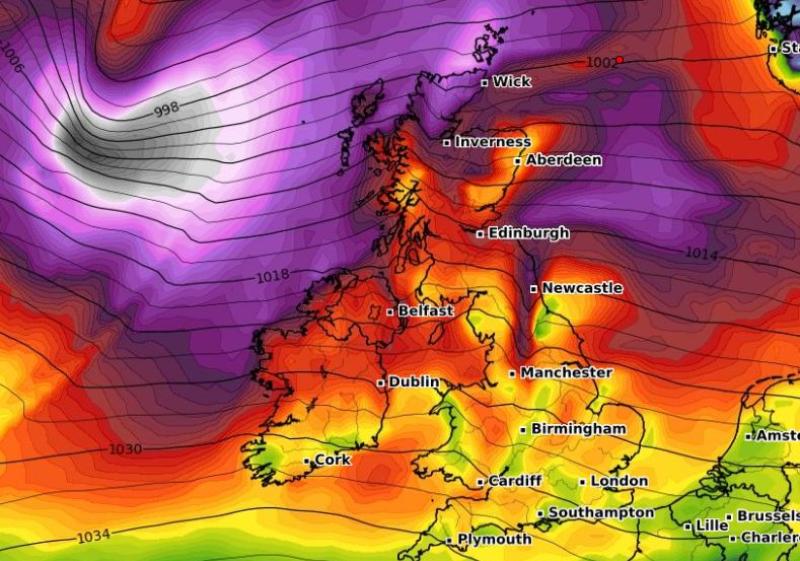 Wet and windy weather is on the way for the weekend according to latest Met Eireann weather forecast.

According to Met Eireann, winds will reach gale force in places on Saturday with more windy weather on the way for Sunday

According to Met Eireann, Saturday will be cloudy with patchy outbreaks of rain or drizzle early Saturday morning. Westerly winds will increase strong ahead of a band of more persistent rain moving south over the country in the morning. The winds will increase to gale force for areas in the far north for a time Saturday morning before changing northwesterly and weakening as cooler but drier air moves over the country. Highest temperatures of 8 to 11 degrees will occur early in the day.

Saturday night will be mainly dry and clear but it will also be cold. It will become cloudier from the west overnight with some patchy drizzle developing. Lowest temperatures of -1 to 4 degrees with patchy frost possible and generally light winds.

Who are the guests on the Late Late Show tonight

According to Met Eireann, Sunday will start mostly dry start but cloud will quickly build from the west ahead of strengthening southerly winds. A front will move in from the west of the country bringing outbreaks of rain for many areas, heaviest and most persistent in the west and northwest. Highs of 9 to 11 degrees with moderate to fresh southwesterlies.

On Sunday night, a ridge builds from the southwest which helps clear away any of the wet weather from the southern half of the country early in the night. Rain will persist in the northwest and staying cloudy for many areas with overnight lows of 2 to 5 degrees and moderate to fresh westerlies.

A fresh northwesterly flow over the country will bring plenty of cloud and outbreaks of rain in the west and north of the country on Monday. It will be a little drier and brighter in the southeast with highest temperatures of 6 to 9 degrees.