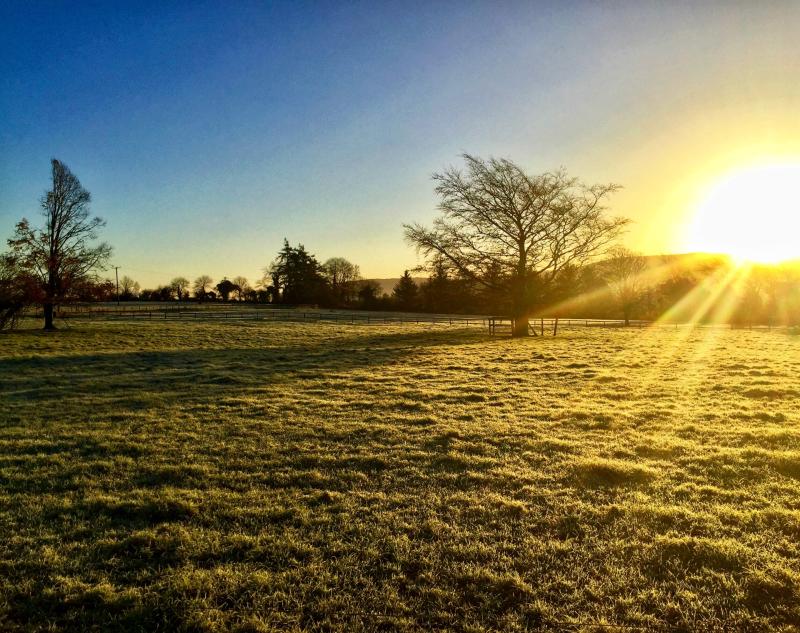 The weather in Ireland is set to be more settled this week according to the latest weather forecast for Ireland from Met Eireann.

Staying mostly dry into Wednesday with spells of sunshine once the early mist and fog clears. Highest temperatures of 7 to 10 degrees, mildest in the west and southwest, in light to moderate southwesterly or variable winds.

Thursday and Friday look to be mainly dry days though a little drizzle is possible at times on Atlantic coasts. Cloud cover will vary and winds will be generally light southerly or variable. Highest temperatures will range from 5 or 6 degrees in the east and northeast to a milder 8 or 9 degrees further west. Nights will be cold with some frost and dense fog patches forming.