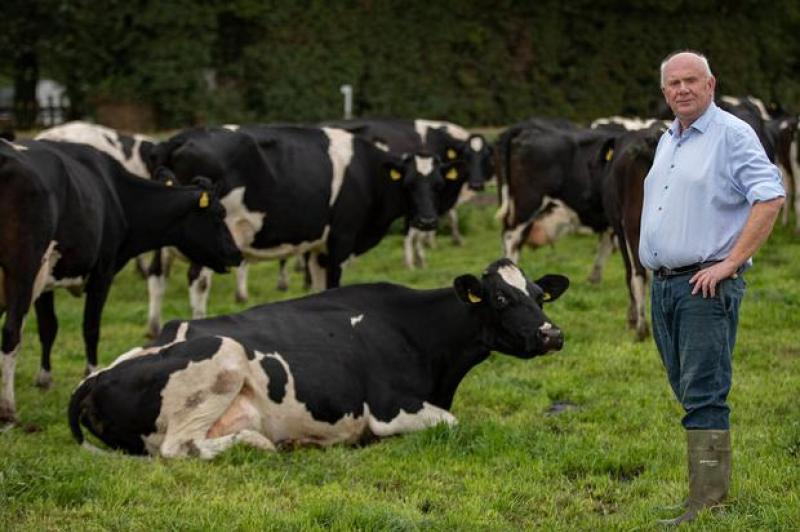 Deputy Jackie Cahill with his livestock

Cathaoirleach of the Oireachtas Agriculture Committee, and Fianna Fáil TD for Tipperary, Jackie Cahill has called on the Minister for Agriculture to extend the deadline for the spreading of chemical nitrogen this year.

Deputy Cahill made these calls following an exceptionally long period of dry weather, where growth has been at a minimum and farmers have failed to get a second cut of silage saved before the end of the summer months.

Speaking on this today, Deputy Cahill said: “With the prolonged period of dry weather we’ve experienced this year, fodder supplies are already coming under pressure on many farms.”

The Tipperary TD highlighted that a similar policy was implemented in 2018, saying: “We saw an extension to the deadline for the spreading of chemical nitrogen during the 2018 fodder crisis, which had a major benefit in extending the grazing season and the amount of grass produced that year.

“The same extension should be applied now for 2022, due to the lack of growth we have unfortunately been experiencing this summer.”

Cahill continued to highlight the struggles that many farmers are already facing in relation to fodder, saying: “Many farmers have failed to get a second cut of silage saved due to the dry weather and the lack of growth on farms, and some are already digging into the first cut to make up for a shortage of grass.

“We need to take advantage of late grazing this year and also allow for a second cut of silage on farms. This can be done by providing the extension for the spreading of chemical nitrogen, just as we were permitted in 2018.

“I have written to the Minister for Agriculture on this and I am pushing my colleagues in Government to see this extension granted”, Cahill concluded.