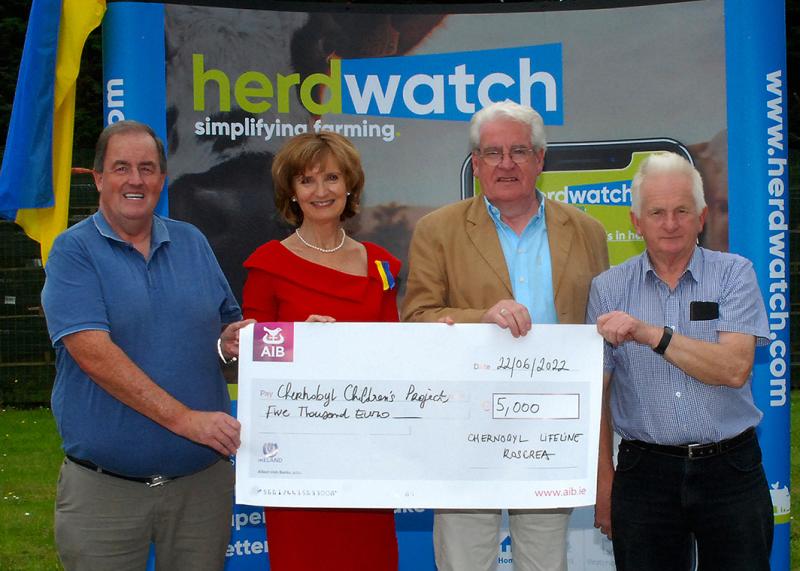 After almost three decades of making a life changing difference for countless families left devastated in the wake of the 1986 Chernobyl nuclear disaster, the Roscrea Chernobyl Lifeline project poignantly concluded its mission last week with a visit by Adi Roche.

However, as one chapter concludes another begins and members of staff of Roscrea's FRS Services, led by Fabien Peyaud, have vowed to take up the mantle and continue the work started by Henry Deane, Andrew Walsh and John Hastings through their Chernobyl Lifeline link between Belarus and Roscrea.

The event was held in glorious weather at the FRS Headquarters at Derryvale in Roscrea and was attended by a large gathering of supporters and people involved in the Chernobyl Lifeline project over its almost 30 years of work.

Famously Roscrea has played a part in shaping the destiny of the entire of Belarus, through the link with opposition leader Svetlana Tikhanovskaya, the woman who has been catapulted into political stardom in Belarus by her push to dislodge Europe’s last dictator, Lukashenko. Henry Deane and his wife Marian first met and cared for “Svyety” at their home in Roscrea in the mid-1990s and she returned triumphantly last year to visit them.

Henry said “Ireland is known as one of the most giving countries on earth and the Killaloe Diocese is known as the most giving part of Ireland - with Roscrea the most giving town in that Diocese”. He also pledged Ireland will never turn its back on the children of Belarus and that he has witnessed children who were sent home from hospital to die in Belarus, go on to have healthy and thriving families of their own, such was the benefit of their time in Ireland with the Chernobyl Lifeline.

Fabien Peyaud, CEO and co-founder of Herdwatch, said he hopes the legacy started by Henry and his team 30 years ago can be continued and presented a cheque for €10,000, which was raised by a team from the company who did a sponsored climb of the Devil's Bit.

Colin Donnery, Group Chief Executive of FRS Network said many Belarusian people have worked in the various arms of FRS in recruitment and farm services.

Mr. Donnery said the war which has erupted in Ukraine had a massive impact in creating awareness about the plight of the Belarusian people and explained FRS gave a large donation to the Red Cross to aid the assistance for the people affected by the war in Ukraine.