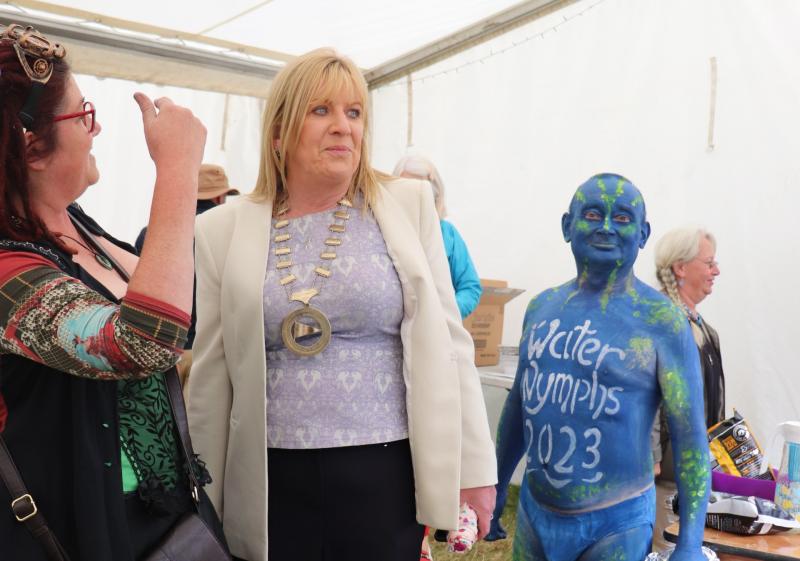 THE rain finally abated just in time for the 49th Shannon Harbour Canal Boat Rally opening and the Commodore’s reception on Friday evening.

The wine and cheese reception had a beautifully presented array of nibbles and of course a sophisticated choice of wine, organised by the Commodore, Shirley Mullins and expertly served by Ian Skelton & Siobhan Connon and helpers. Richard & Michelle Hollinshead were fully occupied on registration duty.

It was heart warming to see many old and new mariners communicating after the long break. Chairman John Connon welcomed the assembled bargers and boaters and remembered friends passed, especially Ann Connelly who was such a stalwart of the rally. The marquee was open at the sides so there was plenty of fresh air, yet protection from the rain, a great safe start to the rally.

Saturday morning started slowly for some! However the lively breeze worked wonders on hazy brains and the lovely breakfast was consumed with relish. The Commodore, Shirley Mullins welcomed everybody and outlined the very interesting history of her barge Panga which was a 72 ft working barge in England. It was split into two barges in the 1970’s in Ireland, two halves converted to 44ft barges.

The Water Nymphs 2023 Charity Calendar on facebook, was launched by Donna Pryde and displayed her beautiful body painting. The calendar celebrates the women, their boats and the waterways of Ireland. Ciaran Clinton, Chairperson of The Heritage Boat Association and Kay Baxter, President of IWAI both elaborated and concurred with the aims in their speeches.

The evening barbecue was an absolute winner.

Finally the Committee, John Connon, Ian Skelton, Richard Hollinshead, Shirley Mullins, Siobhan Connon and Alan Linley. High commendation for their sterling work, before during and after the festival.