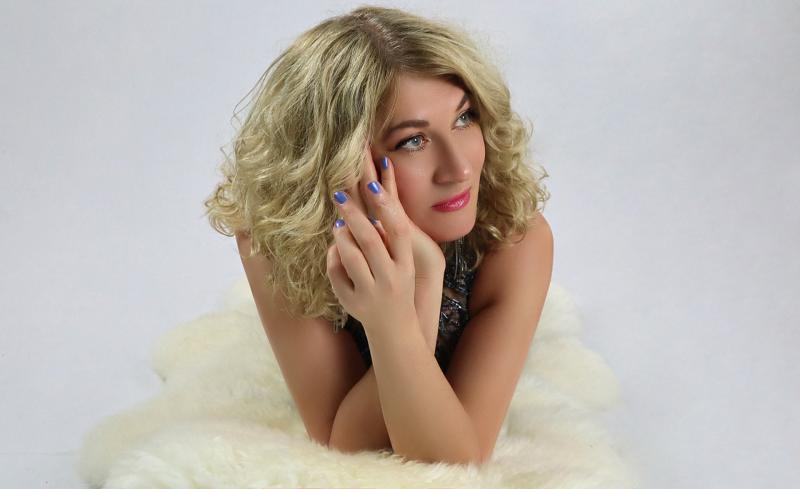 A star-packed line-up of country music artists joined singer/songwriter Larisssa Tormey, from Kilbeggan on the Offaly/ Westmeath border, for a sold-out fundraising concert in aid of Ukraine last month, raising almost €3,000 for the Irish Red Cross and their work relating to the war-torn country.

"I knew that anything we might be able to do would only be small compared to what's needed right now",  confessed Larissa looking back on the concert.

"But because of the scale of what's happening", she continued, "I also knew that I had to do something to try and help, and as soon as we could. So I also knew that whatever funds we could raise would definitely do some good. And I'm so grateful to every single person who lent their support to the success of the night in any way."

The Voices for Peace concert was hosted by the Tuar Ard Arts Centre in Moate on April 14th, and as well as a line-up of top entertainers including Eurovision legend Charlie McGettigan, Eddie Rowley of the Sunday World was MC.

The 'Queen of O'Molloy St' in Offaly town remembered with affection

The event also featured a stunning backdrop of blue and yellow, the colours of the Ukrainian flag, created by Midlands based events planner LiaQbell who recently decorated Dublin's Mansion House for the Team Ireland Olympic Ball. The presence of the backdrop became all the more poignant when close on forty  Ukrainians who are now living in Tullamore arrived as the night's special guests.

And on a night where love was the theme, and peace the rallying-call, there were several more emotional moments. One of the most captivating came with the first performance of the night as a wonderfully talented Ukrainian family from Athlone - the Selve family, mother Kateryna, and her children Athenias, Ariane-Eugenie, and Aristide - in traditional Ukrainian dress, performed one of their country's most-loved folk songs. Larissa then joined the family on stage to perform Blackthorn Is In Blossom.  At the evening's end, several of the night's guests from Ukraine made their way to Larissa to show their appreciation with hugs.

For Larissa, it was a night that proved music, love, and peace are what will always unite the world...

"So many helped to make our 'Voices For Peace' concert possible, and a success, and it was such a positive and powerful experience. I was so happy that some of our friends from Ukraine were able to join us and see how much we care, and how much we all want to see peace return to their country and to their lives. Music will always be a source of love in this world."

Joining Larissa and Charlie McGettigan on the evening's bill were Glór Tíre 2022 winner Aishling Rafferty, Glór Tíre 2020 finalist Alex Roe, and Glór Tíre judge Caitriona O' Sullivan, plus crooner great Dave Lawlor with Ger O' Brien, and Larissa's duet partner on her current single,  I Wish I Had Someone To Love Me, P.J. Murrihy. Nolan Sound were the event's sound and lighting partners.