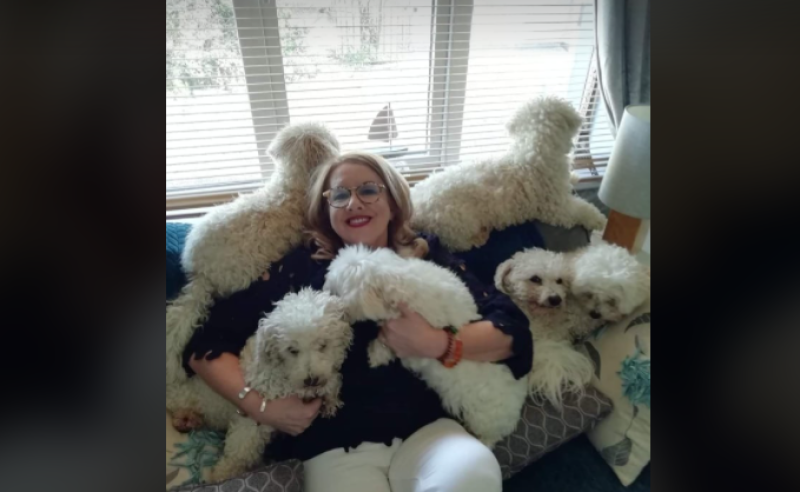 A crew of Offaly firefighters rescued five dogs from a house that was devastated by fire on Christmas Eve, December 24, 2021.

The Edenderry fire crew rushed across the border to Derrinturn in Kildare in the early hours of Christmas Eve morning after reports of a house fire.

The incident happened at around 3am due to an electrical fault.

"I was left on Christmas Eve with nothing," homeowner Philomena Duffy told us.

The Carbury native explained: "I was working on nightshift in Straffan as a carer. My 22-year-old son left at about 10pm with his friends. Only the dogs were in the house."

The firefighters picked up the dogs and broke through the front door to get them out to safety. Philomena has six dogs but one of them, Zak, was with her in Straffan at the time.

"I am forever grateful for all they did," Philomena said of the brave firefigthers.

"I don't know what I would have done if they perished. Not many people understand how much you can love your dogs," she added. Shelby, Max, Heidi, Ben and Oscar were saved. "They are my babies," Philomena remarked.

She is now trying to pick pieces of her life up after her home was gutted and boarded up due to the ceiling being in a dangerous state.

"I've had to put five dogs in kennels and keep one who was fretting. I've stayed with family and friends but have been living out of my car, to be honest," she told us.

"I've lived almost 20 years in the house. I'm shocked, devastated and missing my dogs so much.

"In effect, I am homeless. I'm trying to get Kildare County Council to give me a vacant house around the corner until mine is repaired. It was difficult because everywhere was closed until today," she said on Tuesday, January 4.