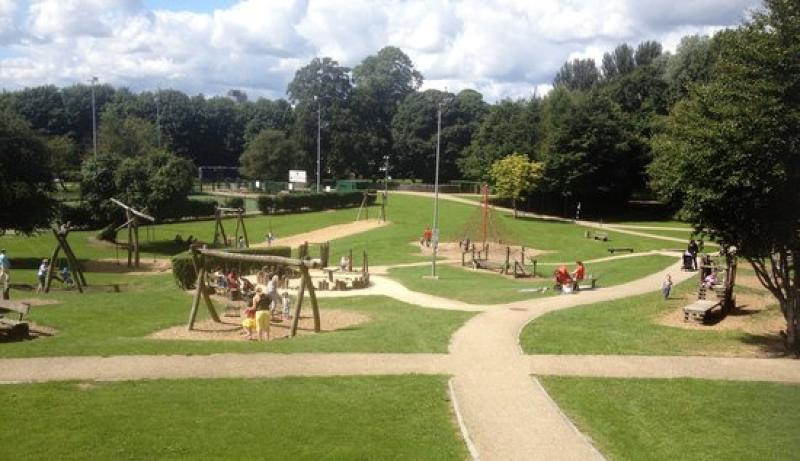 The 2021 Green Flag Awards were announced today by An Taisce Environmental Education, acknowledging Ireland’s best public Parks and Gardens. Tullamore Town Park or Lloyd Park is one of those awarded a green flag.

The international accreditation for public park excellence in Ireland increased this year with more than 100 accredited public green spaces.

The Green Flag Awards for the best parks and gardens to visit in Ireland have surged and saw 32 local authorities and park operators delivering the international scheme.

New green flag parks and gardens include first-time sites from Counties Carlow, Meath, and Galway, as well as from Cork City.

It is the mark of a quality park or green space and is recognised throughout the world.

Minister of State with responsibility for Heritage, Malcolm Noonan commended the Green Heritage Accreditation and said it widens the pool of sites that can participate in the programme and highlights the multifaceted nature of Ireland's green spaces.

"It celebrates best practice in engagement with multi-layered heritage and reminds us all of our responsibility to appreciate and preserve richness and diversity of the green spaces that surround us." he added.

"By doing this we have been able to leverage the Green Flag Award values and standards for the benefit of our communities and their voluntary work." added Minister O'Brien.

The Minister extended his thanks to park staff and community volunteers across the country.

"Not only in achieving this Green Flag Success for Ireland today, but in maintaining the many parks, gardens, and greens across the country for our mutual benefit. It is a great credit that they largely remained open and well managed at this difficult time." he added.

The Green Heritage Site Accreditation is awarded to public green spaces of historical importance, that actively understand, manage, and promote their heritage which makes them unique.