Man in Midlands convicted for the possession of two dead Buzzards 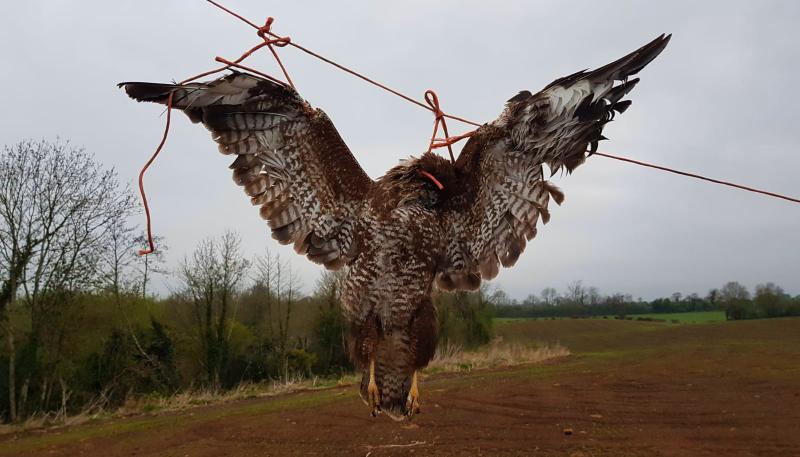 A man has been given a three month suspended prison sentence for the possession of two dead Buzzards, found strung up on his land.

The offence was discovered when a National Parks & Wildlife Service (NPWS) conservation officer travelled to the man's land to investigate a complaint last year.

Possession of the dead buzzards was contrary to Section 45 (2) & 45 (7) of the Wildlife Acts and the case was heard before Portlaoise District Court.

The complaint alleged that two dead Buzzards were tied up to an electricity post and a fence stake in cultivated fields.

"I welcome the conviction in this awful case and would like to thank everyone involved in securing it," he said.

"Recent judgements being handed down in the Courts to people convicted of deliberately destroying habitats or harming wildlife are sending out a clear signal that, as a society, we will no longer tolerate such actions.

"Wildlife crime is serious, and it has serious consequences. We need to protect nature."