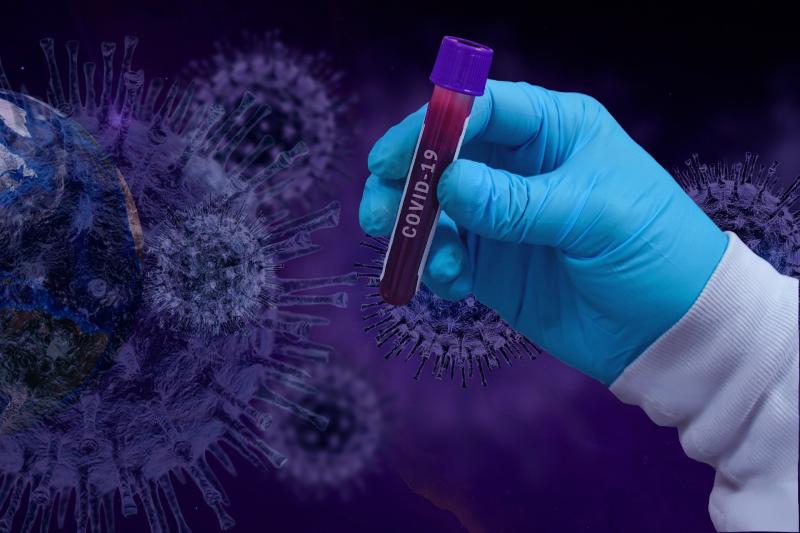 Offaly has had the lowest rate of Covid-19 of any county in Ireland in the last week, new figures reveal.

The latest report on the progress of the virus in Ireland from the Health Protection Surveillance Centre shows that Offaly had just 112 confirmed cases in the seven days from October 6 to October 12, which was Tuesday.

Offaly's 14-day incidence rate stands at 296.3, the fifth-lowest in the country.

This shows that Offaly's rate of the virus continues to fall while the rate across the country rises steadily. Offaly's five-day moving average of case numbers stands at 16, the second-lowest in the country after Leitrim with 11.

Some counties are experiencing very high levels of spread with Waterford's 14-day incidence rate standing at 767.8, the highest in the country.

Carlow has the second-highest rate at 748.3. Waterford and Carlow have endured 892 and 426 individual cases respectively over the last 14 days.

Longford and Kerry also have 14-day rates above 600, while Donegal and Monaghan have rates above 500. Kilkenny has the lowest 14-day rate, currently standing at 270.1.

That is well below the climbing national average which now stands at 407.2 per 100,000 of population. 15 counties have an incidence rate below the average as of October 12. 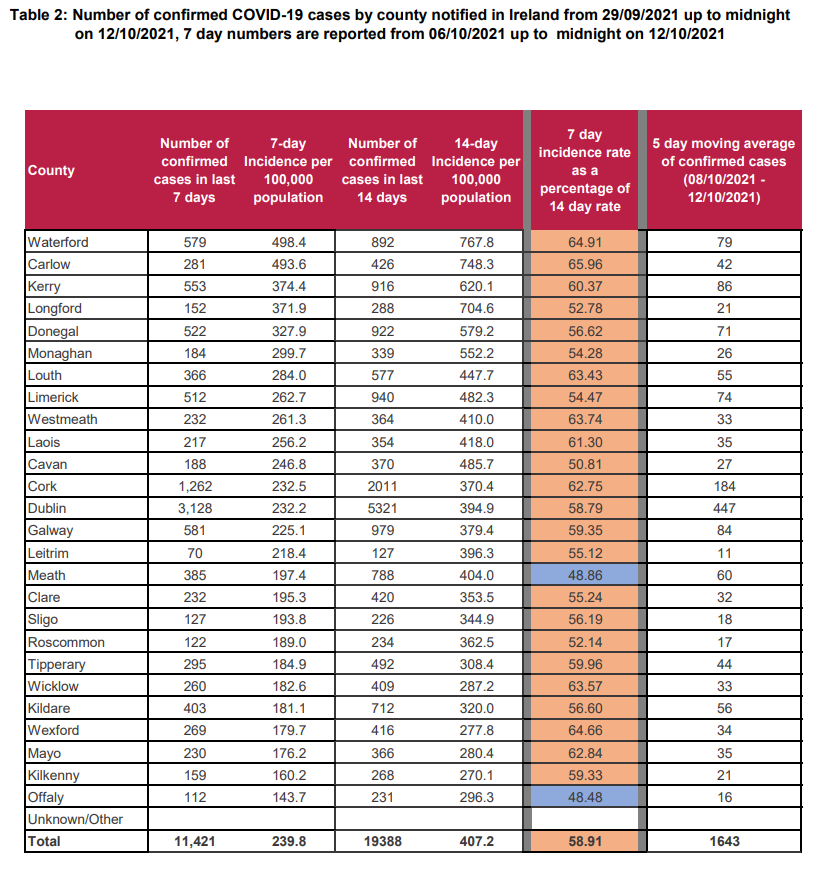 NPHET has warned in the last few days that case numbers are climbing in the community. A meeting will take place next week with NPHET expected to issue advice to government over the lifting of further restrictions as planned on October 22.