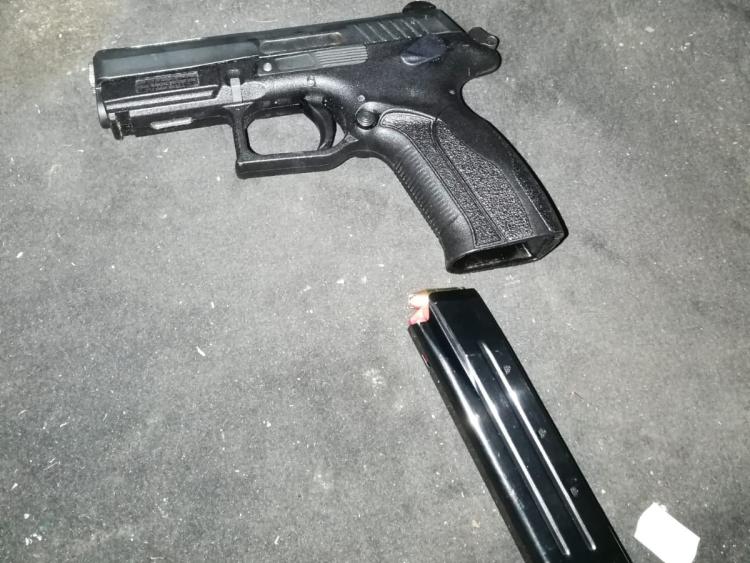 Gardaí have arrested a man in his early 40s and seized a suspected handgun in the Knocknaheeny area of Cork city on March 23, 2020.

At approximately 1.30am, Gardaí received a report of a suspicious car in in the Knocknaheeny area. Gardaí from Gurranabraher Garda Station carried out a patrol of the area and found a car matching the description.

A man, aged in his early 40s, was arrested at the scene and brought to Mayfield Garda Station where he is currently detained under Section 30, Offences Against the State Act, 1939.

Speaking at Mayfield Garda Station, Superintendent Michael Comyns of the Serious Crime Investigation Unit in Cork city said "I want to thank the members of the public who picked up the phone and called us when they spotted something they didn’t think was normal. The community should be commended for their actions and as a result, we have possibly saved a life here today.