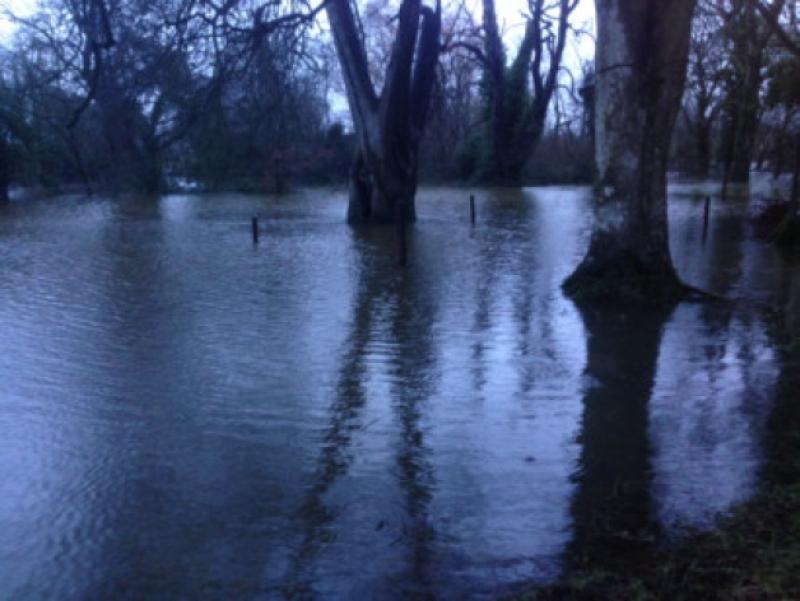 There is growing anger at the serious flooding which is affecting large parts of North Tipperary at the moment.

As well as flooded lands beside the rivers, a number of roads are currently impassable, including the N65 between Portumna and Borrisokane which has flooded badly at a couple of points during each major flooding period over the last decade. This week there was footage on social media of people driving jetskis along the flooded road in the Carrigahorig area.

A number of local councillors have expressed their dissatisfaction with the situation. Cllr Seamus Morris said they should hold a multi agency meeting to discuss the problem and tackle the issue.

“I am calling for a multi agency public meeting,” he commented, “to deal with the growing anger over the serious flooding problem in the county.”

He said many people are not happy with the government's attitude to the issue. “There is a realisation out there that no matter what the ordinary public do in preparation for weather changes, it could be the case that decisions taken elsewhere are having devastating effects on people's livelihoods.

“I feel that it is now time for a multi agency meeting with all organisations who both manage and use Lough Derg and the River Shannon so that we can come up with a plan to prepare for heavy rain.”

The councillor added his voice to the many voices which are now calling for one single Shannon Authority. “It is also my feeling that now is the time to establish a single body to manage the River Shannon, including managing flood risks and flood defences, but, more importantly, will take more into account the people whose lives are devastated and adversely affected by the constant flooding whether in their properties or on the local roads.”