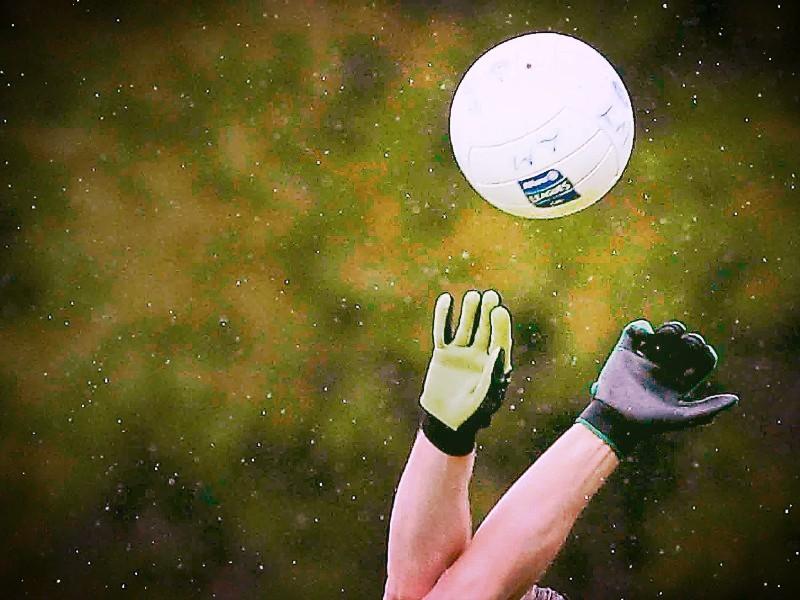 Best of luck to our senior footballers who will play against Bracknagh in Cappincur on Thursday next 2nd August at 7.15pm in The Tullamore Court Hotel Offaly Senior B Football Championship Round 5. Please note the earlier throw in time and all support is much appreciated.

Sincere sympathy to the family of the late Seamus Egan, Dernagun who passed away last week.

The 100th Anniversary of Gaelic Sunday will be celebrated on Sunday next 5th August in Ballycumber GAA pitch at 6pm with a football match between players from the various townslands. There is no known record of matches having been played in this Parish but, we are sure that the Gaels of Leamonaghan Parish were staunch members of the GAA and would have responded to the call from Headquarters to arrange matches to defy the ban on public gatherings without a licence.

All players young and old are invited to take part and hand passing which was not around in1918 will not be allowed.

Following the match a Bar B Q and Table Quiz and music will be held in Flynn’s of Grogan.

All support is very much appreciated.

Learn how to Waltz, Quickstep, Foxtrot and Line Dance. Classes held every Monday night in Ballycumber Community Centre. Beginners classes from 8.30pm to 9.30pm. Intermediates from 9.30pm to 10.30pm and dancing for all from 10.30pm to 11.30pm.

The numbers drawn this week were 7,11,20,22.  No jackpot winner, seven match three winners. Next week’s draw will be held in Flynn’s of Grogan on Monday night at 10 o’clock for a jackpot of 7000euros.

Play lotto on line at https://www.locallotto.ie/ localhome.asp?LL_ID=415 until 8pm on Monday or buy tickets from local shops, pubs and from usual lotto sellers.

The Club are very thankful to all our regular lotto players for their continued support.

Congratulations to St Manchan Gaels under 13 who qualified for the Quarter Final of the Gold Championship.

The under17 team lost to Shamrocks 2—15 to 1—9 in the first round of the championship in Mucklagh on Wednesday and their next game is against Na Fianna in Pullough on Thursday evening at 7.30pm.

Well done to everyone involved in the Under 7 Blitz in Ballycumber on Saturday morning. Many thanks to players, mentors and parents of teams from Rhode, Na Fianna and Shannonbridge and Ballycumber Tubber.

The under11 Blitz in Ballycumber on Thursday evening was very successful and enjoyable.

Next week's Jackpot is €3,800 and the draw will be held during Bingo on Sunday 5th August.

Well done to our under 9 Hurlers who had a busy week this week, having travelled to Pullough on  Wednesday evening last to face Brosna Gaels in a challenge match. A cracking evenings hurling was had by all.

The lads mentors were extremely proud with what they called this the display of the year so far.

They continued to show great skill and determination during their a blitz in Rath on Saturday.

Massive work been done at under 9 level, once again thanks a million to their very hard working and dedicated management team.

Well done to the Clara Under 13 panel who beat Ballyskenagh/ Killavilla last Wednesday on a scoreline of 8-10 to 2-4.

Outstanding performance from each and every player on the panel.

Well done to all the players and management.

There was NO JACKPOT WINNER and there was no match 3's. Next weeks jackpot increases to €5,200. Many thanks to all of our ticket sellers and buyers and to those who continue to play online.

Daingean play Doon in the Intermediate championship on Thursday 2nd August in Mucklagh at 7:15pm. Please come and support the lads as they look to continue their unbeaten run in the championship.(please check the fixtures section of the paper for confirmation of match time and location).

Congratulations to Shane Tierney who was crowned King of the Jungle at the "I'm a Celeb" fundraiser on Saturday night last, Leona Mahon pushed him all the way and came a very close second.

Daingean GAA would like to thank all contestants who left their fears at the door and tackled every trial with great gusto, we would also like to thank all the sponsors of the night, in particular "Maunsells Bar and Lounge" who were the main event sponsors.

Also a  huge thank you to everyone who attended and supported the night, this money raised from the this event will go a long way to starting works on the community sports centre in the field.

Thanks also to the Court Hotel for hosting the event.

On Sunday 5th of August the Daingean Mini Maroons finals day will take place in football field.
The day will start with the parade of the teams from the Town Hall at midday up to the pitch and the games will start shortly after.