5 new books to read this week 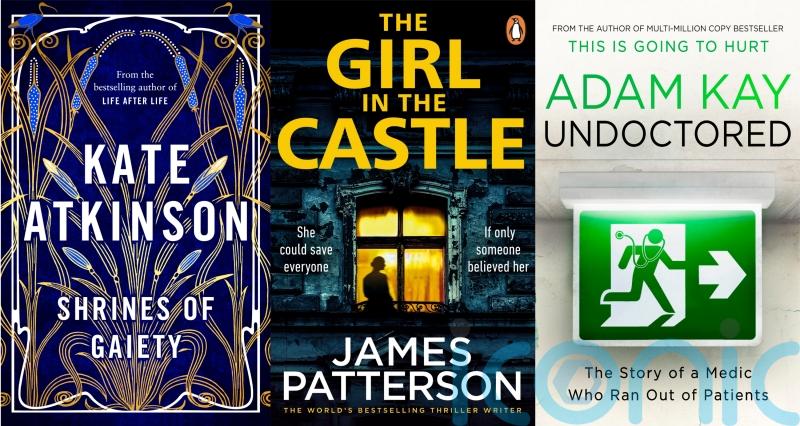 After the smash hit of 2017’s This Is Going To Hurt, Adam Kay is back with another personal memoir…

The story begins when Ky, a journalist and the daughter of Vietnamese immigrants, returns from Melbourne to her hometown of Cabramatta, a Sydney suburb, for the funeral of her younger brother, Denny. Back home, she discovers that the police are stumped by Denny’s murder. Despite there being multiple witnesses at the popular Vietnamese restaurant where the straight-A student was beaten to death, no one will come forward – and even Ky’s parents are reluctant to push the authorities into action. Throughout the novel, Tracey Lien’s writing is compelling and you feel Ky’s frustration as she grapples with the uninterested police, deciding to uncover the truth herself. This debut novel is a slow burn that is thought-provoking as it unravels not only the truth about Denny’s death – but also the complicated relationship between refugees and their new homes.
8/10
(Review by Rikki Loftus)

2. Shrines Of Gaiety by Kate Atkinson is published in hardback by Doubleday, priced £20 (ebook £10.99). Available September 27 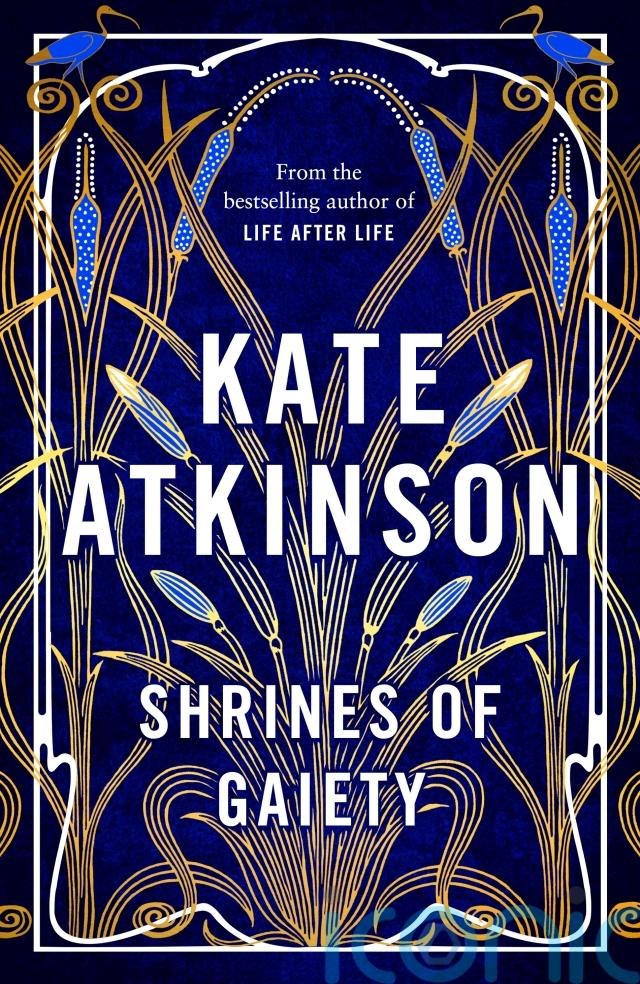 Kate Atkinson’s new offering, Shrines Of Gaiety, tells the tale of Nellie Coker – the formidable head of a family running a Soho nightclub empire in 1920s London. The novel grabs the reader from the outset. It paints a picture of the capital’s glittering nightlife and its seedier underside so vivid, that it is almost possible to smell the stale cigarette smoke and taste the alcohol. The pace is a little slow at times, but ultimately the story of Nellie and her family, and the characters they associate with, builds to a satisfying ending as the strands of their lives are deftly woven together.
8/10
(Review by Alison Kershaw) 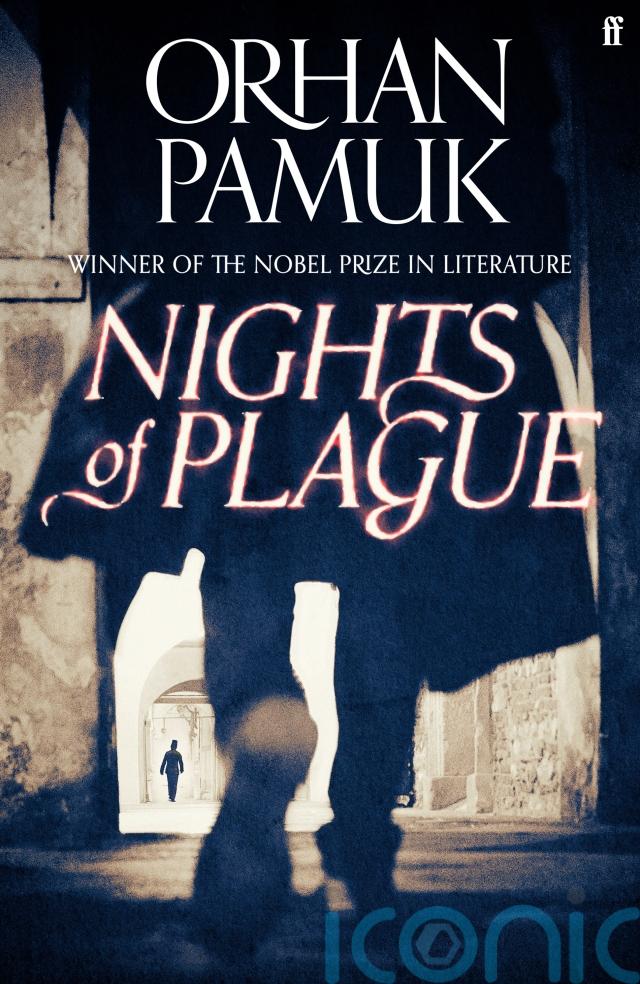 The coronavirus pandemic created the so-called ‘lockdown novel’, one written during and about imposed social isolation. Nights Of Plague is not an explicit example, both because Orhan Pamuk began it in 2016 and it recounts an outbreak of plague on the fictional Mediterranean island of Mingheria at the turn of the 20th century. Isolation, however, is still the dominant theme – with the Ottoman authorities struggling to impose restrictions on the various religious and nationalist factions, before the island is eventually quarantined from the outside world. The framing device, that this is a novelised account written by a modern historian, regularly leaves the narrator explaining her sources or needing to use imaginative reconstruction. As in reality, the regular detail of quarantine measures and death figures can be overwhelming or repetitive, but the political developments and added intrigue of a murder mystery keep the novel engaging to the end.
7/10
(Review by Joshua Pugh Ginn)

Fans of This Is Going To Hurt, Adam Kay’s hilarious and heartbreaking diaries of a junior doctor which was adapted for TV starring Ben Whishaw, will welcome more cutting humour and humbling stories in the writer and comedian’s follow-up memoir. This one looks at life since he hung up his scrubs, the nightmares and PTSD he suffered, the struggles to pursue a comedy and writing career, interspersed with flashbacks to childhood, medic moments and hugely personal events in his life. An eating disorder, the loss of an unborn child and a violent sexual assault are among his most traumatic memories, but Kay’s survival mechanism has always been humour. He creates light out of the darkness with hilarious anecdotes of a sperm bank, the passing of a painful bladder stone and how he rid himself of a social media stalker. There’s anger too, at former health secretary Jeremy Hunt who he accuses of being supremely out of touch with NHS staff, and at Matt Hancock and the government’s inaction when Covid struck. The humour is dark, slathered in sarcasm and yet comes from a voice which at times seems hugely vulnerable. It feels more angry than his first book, but it’s just as heartrending.
8/10
(Review by Hannah Stephenson)

Children’s book of the week

5. The Girl In The Castle by James Patterson is published in paperback by Penguin, priced £8.99 (ebook £5.99). Available now 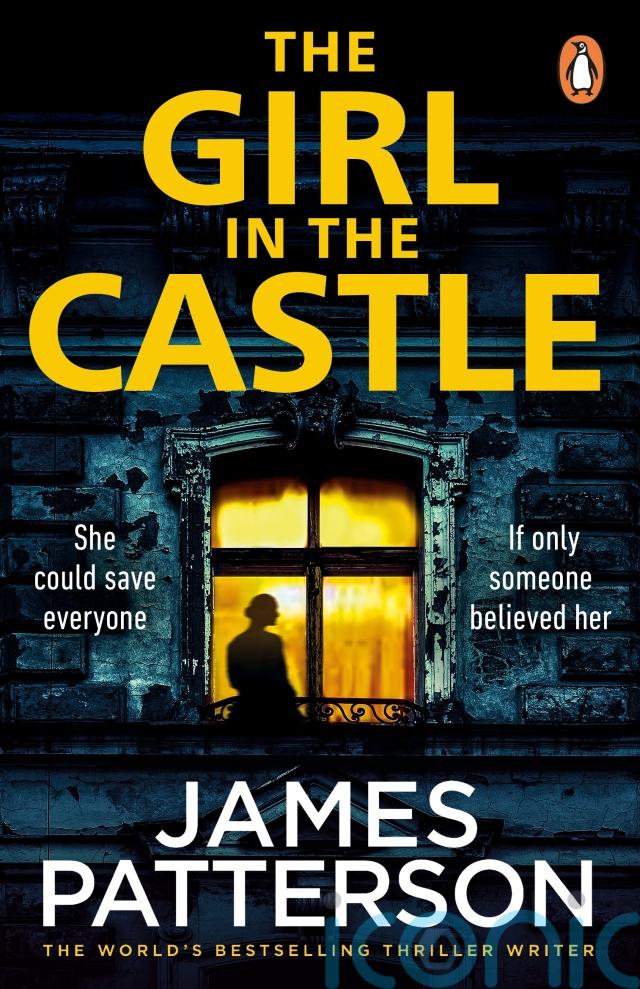 Troubled teenager Hannah Dory spends most of the book in present-day Belman Memorial Psychiatric Hospital, but her mind is often in the year 1347, trying to save her family and friends from starving to death. She tells her doctor she’s actually from the past – not the usual storyline for James Patterson, whose books have sold over 400 million copies worldwide. The Girl In The Castle is a YA psychological thriller that will keep readers in suspense until the end. Student nurse Jordan Hassan slowly realises why Hannah suffers such violent mood swings and hallucinations, becoming obsessed to find the truth – even if it means bending the rules and turning to detective work rather than more medication. You’ll love the way tension builds in both the past and the present, with obvious empathy for Hannah’s fellow patients – perhaps helped by Patterson’s job as a psychiatric assistant in a hospital while at university.
8/10
(Review by Alan Jones)

BOOK CHARTS FOR THE WEEK ENDING SEPTEMBER 17
HARDBACK (FICTION)
1. The Bullet That Missed by Richard Osman
2. The Ink Black Heart by Robert Galbraith
3. The Ballad Of Never After by Stephanie Garber
4. Stone Blind by Natalie Haynes
5. Lessons by Ian McEwan
6. Act Of Oblivion by Robert Harris
7. The Butcher And The Wren by Alaina Urquhart
8. Fairy Tale by Stephen King
9. The Marriage Portrait by Maggie O’Farrell
10. Babel by R.F. Kuang
(Compiled by Waterstones)

AUDIOBOOKS (FICTION AND NON-FICTION)
1. The Bullet That Missed by Richard Osman
2. Fairy Tale by Stephen King
3. The Ink Black Heart by Robert Galbraith
4. The Myth Of Normal by Dr Gabor Maté & Daniel Maté
5. The Fellowship Of The Ring by J. R. R. Tolkien
6. Undoctored by Adam Kay
7. Atomic Habits by James Clear
8. Act Of Oblivion by Robert Harris
9. Why Has Nobody Told Me This Before? by Dr Julie Smith
10. The Thursday Murder Club by Richard Osman
(Compiled by Audible)