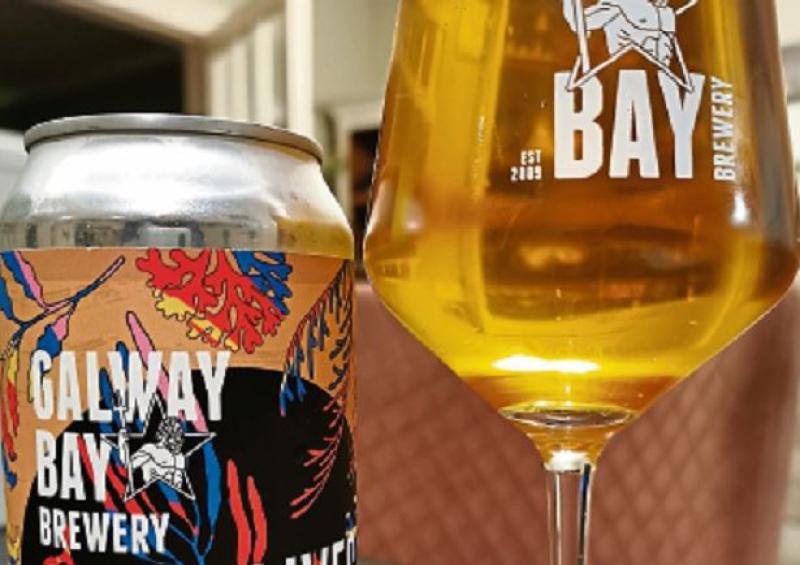 JUST when I thought I'd finished reviewing Galway Bay beers I now find myself reviewing a fourth one.

It is testament to breweries in the craft beer world, the sheer volume and variety of beers that are brewed, and this is something that sets micro brewers apart from their larger macro counterparts.

Galway Bay have probably made 100-plus different beers in the last few years alone, which is something to applaud and encourage also.

This week's beer for review came to me by chance via the owner of the Carryout off licence in Tullamore who was passed a sample of a beer from Galway Bay that will be stocked there from next week onwards.

Slow Lives is a Helles style German lager, Helles referring to the bright colour of the beer, and it sits at a sensible 5% abv. I refrigerate most light colour beers but if they're likely to be very hoppy I will take them out 15 minutes before opening the can to allow some of the hop oils to release their aromas.

However, this beer style doesn't require me to do the same and so I opened it straight from chilled.

Pouring crystal clear and dark golden colour, there's a decent head of foam on this one and that stays around.

Also on the nose there's a decent amount of bittering hops that present as both herbal, floral and a touch aromatic.

The first sip of a well chilled lager style beer is always a pleasure to behold and this one doesn't disappoint. It's a nicely bittered lager which ensures it finishes somewhat dry although the base beer is medium bodied and not fully attenuated which I really like.

Balance is key in a lager and it's showing here with a classic lager yeast character to match perfectly.

This is the sort of pleasant easy drinking beer you can have in a sessionable way. Thoroughly enjoyable and satiating.