CRAFT BEER REVIEW: Bitter pill or a lighter shade of pale? Czech out this Galway lager for yourself! 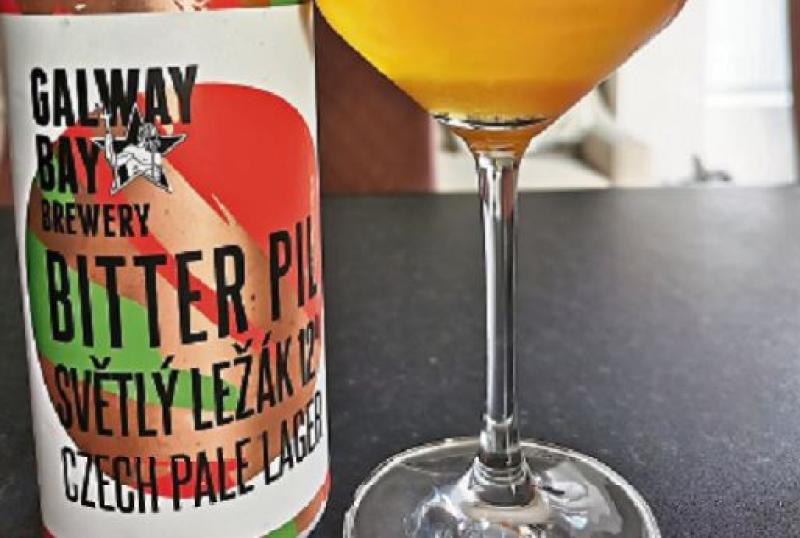 One thing that springs to mind straight away before I even get to opening the beer is the manner in which differing countries choose to label their own regional beer styles. In Belgium it's common to ask for a blond, amber or brown ale by its colour whereas in England you are far more likely to ask for beer based on its flavour attributes as in a pint of bitter or a mild.

In the Czech Republic it's commonplace, at least when it comes to their lagers, to ask for pale or dark.

Whatever the manner in which we label beers in general, the names all usually give a strong indication as to what we're about to be served and therefore the likely ingredients within.

This beer for review is Bitter Pil, Svetly Lezak 12 and it sits at a nice 5% abv. Again, as with my last reviewed brew this too is de onction mashed, meaning part of the mash is separated from the mashtun and boiled to extract maillard character and give a stronger flavour profile.

On pouring, the beer looks like any other normal pilsner lager but there's a strong waft of floral Saaz hops that's supported with a beautiful honey like sweetness.

That same sweetness carries right through to the flavour and the depth of character extracted from the malts is quite extraordinary. Caramel, sweet, honey  and buttered well with more Saaz hops. This is not a tame beer but more a historical, and traditionally made representation of how pilsner should be made.

Pilsner never seem to light up the avid craft beer drinker but for me this is clearly one of the highlights of Galway Bay Brewery's foray into traditional styles.

I only wish I'd bought more!