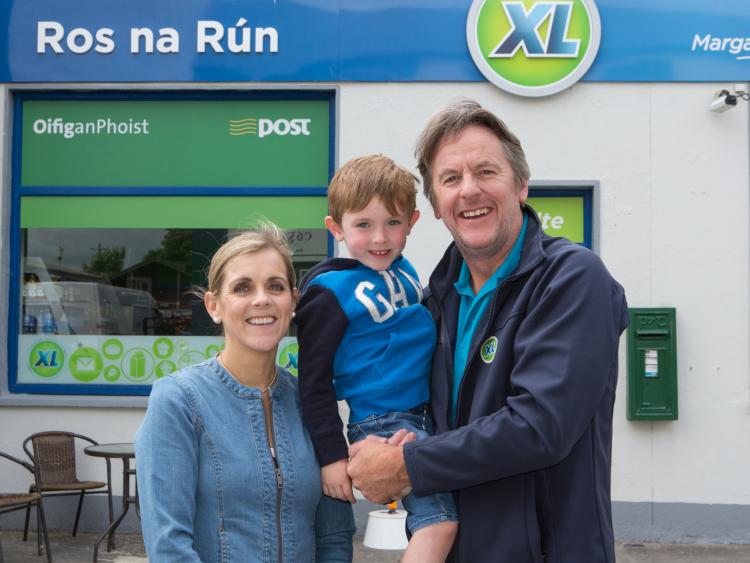 The show's XL retailer Vince de Búrca, actor Paul McCloskey, is in for some tough times when the new season of TG4’s flagship soap opera Ros na Rún returns to the screens next month.

This year, the 23rd season, will see the popular character forced to confront his past mistakes, when an unexpected visitor arrives in the village, this puts his relationship with his partner Caitríona under serious strain, some of it hilariously entertaining!

TG4 and BWG Foods, owners and operators of the XL brand in Ireland, last year announced a new sponsorship agreement to open an XL store on the set of Ireland’s only Irish language soap. The three-year agreement, saw the introduction of a newly branded XL local “Siopa” to the Ros na Rún streetscape, and that was marked by a visit of real XL owners to the set.

Now, entering its second year on set, the XL store is at the heart of the action, a hub where characters meet daily to gossip, clash and make peace.

Ros na Rún’s partnership with XL is an ideal one, as BWG Foods, the owners of the XL brand, pride themselves on serving local communities, both rural and urban. Of course, Ros na Rún is not unlike any other rural community. Set in the Connemara Gaeltacht, Ros na Rún depicts a life less ordinary, loaded with mystery, humour and pathos.

John Moane, Managing Director Wholesale, BWG Foods, owners and operators of the XL brand, said, “Our partnership with TG4 and Ros na Rún has been a great success in year one. We are delighted with how the XL Siopa has been such a central hub for the programme, and Vince is a great retailer! This is a very exciting sponsorship for Irish television - one that brings the XL brand directly to over 150,000 viewers across Ireland twice a week."

Viewers of Ros na Rún were left on tenterhooks by this year's season finale. Audiences saw baby Jay in peril at the pier side, while his concerned parents searched for him in vain on the streets of Ros na Rún.

The show returns for its 23rd season in September, and viewers can expect more drama and unexpected twists to unfold as secrets emerge, romances are kindled and families are torn apart. The coming season promises intrigue and betrayal, as well as Ros na Rún’s trademark warmth and comedy.