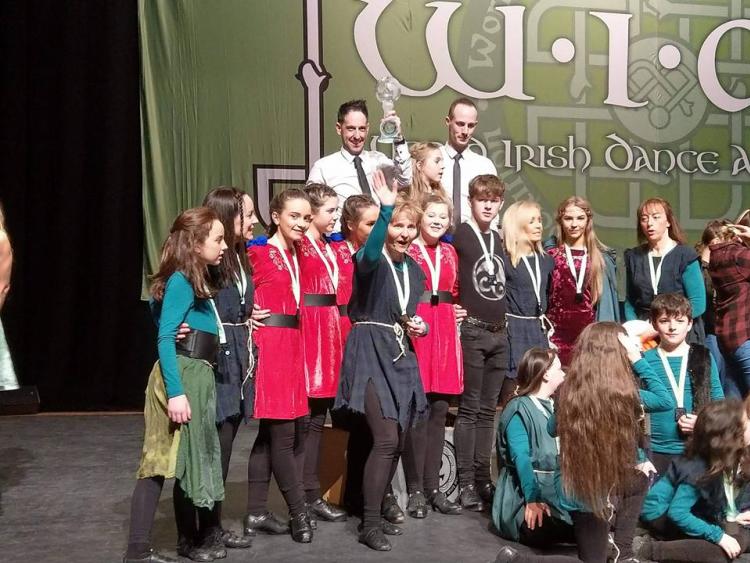 Offaly Irish dancer Christian Taylor has finished in a remarkable third spot at the WIDA World Irish Dance Championships at the Mecc Arena in Maastricht, The Netherlands.

The Rhode teenager grabbed the podium spot in a hugely competitive boys championship under 16 category with a fantastic performance.

Christian dances with the Emerald Lakes Academy of Irish Dance in Rochfortbridge under the leadership of dance teacher Kevin Lyster.

The school brought a 25-strong dance contingent to the competition and with the assistance of Philip Hynes, they climbed to the top of the Worlds Awards and Medals table.

2,500 dancers attended the event from 34 countries across the world including, Russia, China, Australia, Germany, Ukraine, Kazakhstan, Belarus, Canada, Nehterlands and Spain, but the Rochfortbridge group had huge success, including two world titles courtesy of Ava Loran and Zofia Bielicka.

A number of the other dancers finished highly in their categories and it was an achievement for the school that teacher Kevin Lyster described as "a proud moment" and "emotional."

Blaithin Stenson, current British Champion also climbed the World Rankings to an outstanding 4th place to put not only Rochfortbridge on the map but her native Horseleap too after a magical four rounds of dancing.

The celebrations started in th Netherlands but have continued in Westmeath and across the Midlands in recent days.