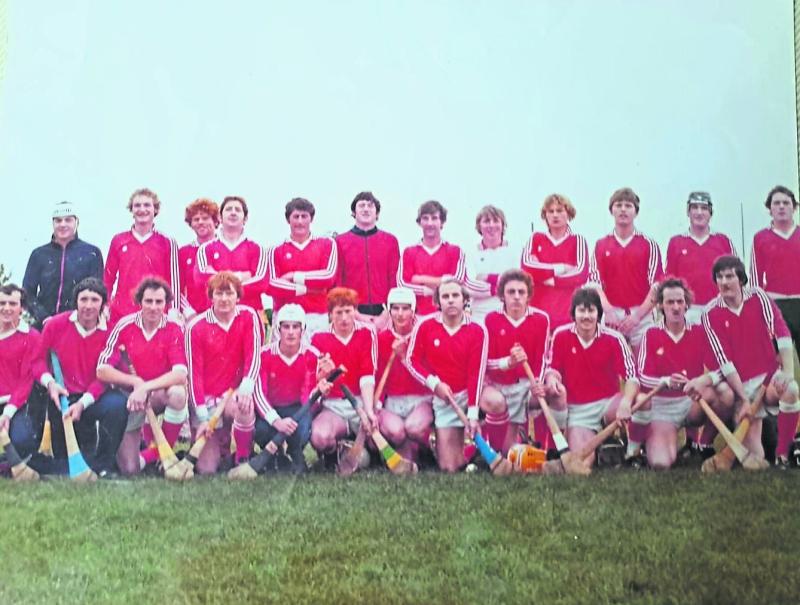 A big reunion has been planned to celebrate the 40th anniversary of a historic win by Rahan. They won the Junior Hurling Championship in 1982 and all members of that team have been invited to the reunion in the Thatch, Rahan on Saturday, September 24.

It promises to be a memorable occasion. That team had some great personalties and characters and they will also remember Joe Monaghan, who passed away some years ago.

That was a very good, tough Rahan team and they beat Killavilla in the final by 2-9 to 1-4. Rahan is the oldest club in the parish and they fielded in the Junior Hurling Championship that year, even though St Carthage's was also in existence - St Carthage's competed in intermediate hurling in 1982 and a Rahan club was reformed briefly for the purpose of competing in junior hurling that year. Formed in the 1965 when Rahan, Mucklagh, the Island and the famed Blackwood Rovers United under the one banner, St Carthage's has a cherished part in the GAA history of the wider parish.

They had a great few years, reaching the 1973 Senior Football Championship final where they were beaten by Tullamore and winning football and hurling titles in other grades. They went out of existence in 1994 when St Carthage's and Mucklagh amalgamated. Initially called St Carthage's-Mucklagh, they soon changed their name to the current club in the parish, Shamrocks.

Prior to that Rahan had been in existence from the early years of the GAA. They were beaten by Killoughey in the first official Offaly Senior Hurling Championship final in 1896 and also lost finals in 1915 (when they gave a walkover), 1916, 1918, 1919 (another walkover) and 1936.

The panel are delighted to be able to hold the reunion in the Thatch. A famous pub located between Killina and Rahan, the Thatch was closed for several years before being purchased by Martin and Lelia Dunne – Martin is a native of Ballinagar, Lelia is a Carroll from Screggan and they live near Mucklagh. It reopened in March this year and has been doing a booming trade since.

There will be music on the night and a barbeque will be served. All friends and supporters are welcome with proceedings starting at 8pm.