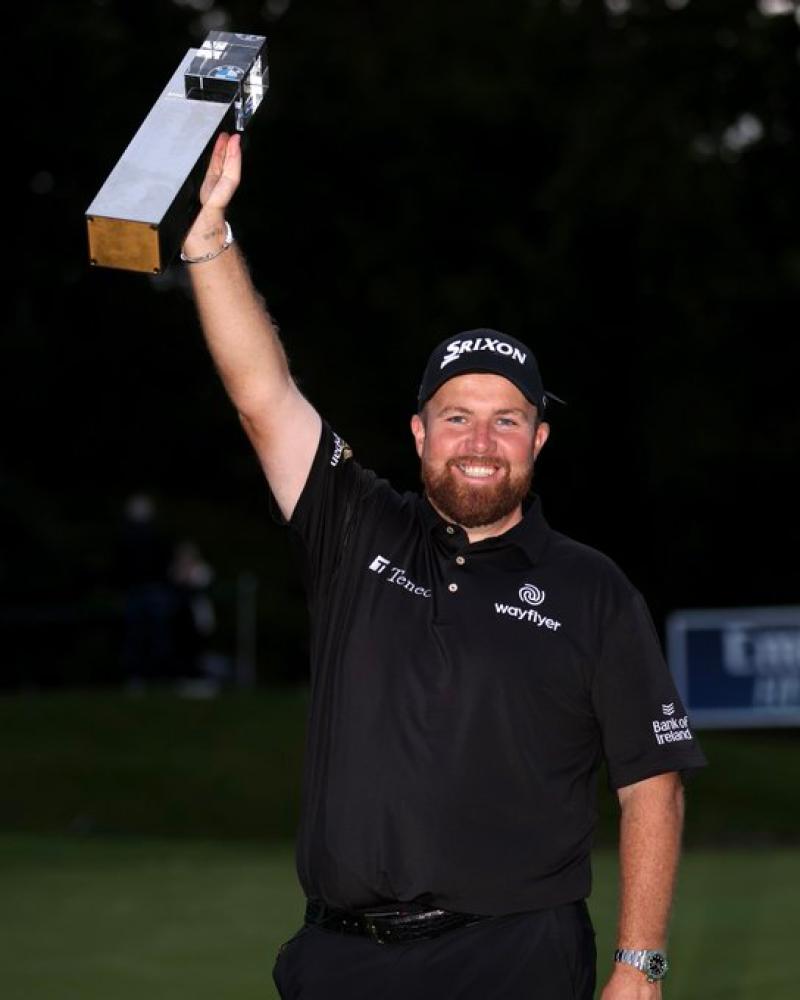 Shane Lowry has moved into the top 20 in the Official World Golf Rankings after his dramatic win at the BMW PGA Championship at Wentworth on Sunday.

His one shot win over Rory McIlroy and John Rahm moves him into 19th in the rankings, his highest position since his win at The Open in 2019.

Shane shot a final round of seven under par to finish the shortened tournament on 17 under.

This one means a lot ☘️ pic.twitter.com/gtOCYWp7AZ

He went through the 54 holes without dropping a shot.

Click on the links to see more on Shane's memorable win.

His win has also moved him up to fifth in the DP World Tour Rankings. It was his fifth career win.