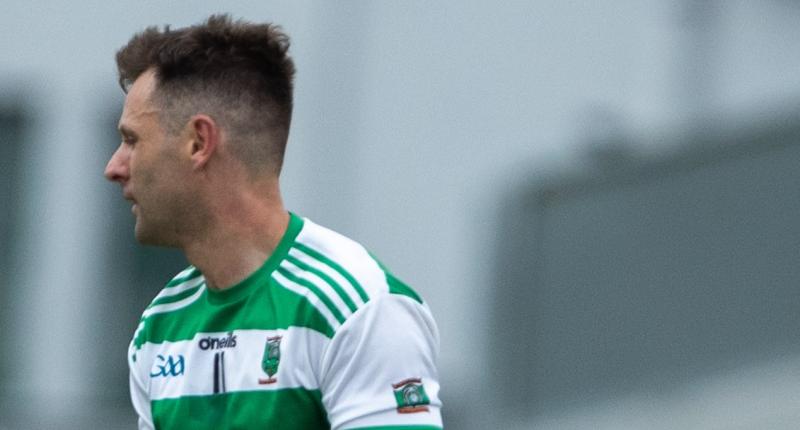 IT is a huge weekend for the Offaly adult football championships with the semi-finals taking place in the main grades.

There are big games in the Senior, Senior “B”, Intermediate and Junior Football Championships as they move towards finals.

The senior is preview elsewhere and there should be some outstanding games in the Senior “B”, Intermediate and Junior Football Championships.

Clonbullogue have been the form team so far and are favourites for this but Tubber represents a real banana skin for them.

Clonbullogue have beaten Tubber already, albeit by a point and they qualified direct for the semi-finals as group winners. They lost to Erin Rovers in the group but that was just a bad day for them and not proof of anything seriously wrong.

Tubber really struggled in the group. It took a win over Erin Rovers in their final group game to get them out. That was their only week in the group stage and they got out on the head to head rule. Beaten in last year's final, it has been very unconvincing form but they look to have turned a corner. They were very good in their quarter-final win over an off the boil Gracefield and this game is ripe for an upset.

Clonbullogue have a very exciting young team. They are well capable of getting promotion in successive years but this semi-final will define a lot for them. It comes against an experienced, hardy team. Tubber have a few players in the veteran stages of their career and they are all very hungry. The form book points to Clonbullogue – much depends on the role, if any, that Keith O'Neill, who has a hip injury, can play in this game - and they could win handsomely but Tubber have a great chance.

Bracknagh and Walsh Island will clash in an intriguing parish derby on Sunday. Bracknagh are favourites but Walsh Island have performed with tremendous consistency this year, playing as well as they can and they will absolutely relish this game.

Walsh Island qualified for the quarter-finals with wins over Tubber and Erin Rovers. They were well beaten by Clonbullogue but played really well to beat Ballycumber in the quarter-final. Their confidence is soaring and they are in bonus territory. Walsh Island will be bitterly disappointed if they lose but there is more pressure on Bracknagh in this one.

They were relegated from senior last year and they have punched at a higher level than Walsh Island in recent years. They have been hit by injuries with Tom and Eoin Hyland out and they haven't fully convinced this year, despite being unbeaten.

Walsh Island have a few older players, who are performing very well for them. They are a very tough nut to crack but it will still be a surprise if Bracknagh don't win.

Raheen have been title favourites from the start and have played well, winning their three group games. The real business starts now and they will have a stern challenge from St Brigid's, who had a good win over Ferbane in the quarter-final. The Croghan men are a tough team to beat and will fight for everything. They will give it a go but Raheen should be able to return to the final for the second successive year.

Ballycommon have played very well this year but they will be very wary of the challenge that Tullamore will present. It is Tullamore's second team but they have a huge array of good young talent. They will have players from their U-20 winning side playing here and while Tullamore are slight underdogs, a win for them would not be a surprise. Ballycommon reached the sem-final with an unbeaten record. They are moving well but past history suggests they are well capable of losing games like this. It should be a very tight, exciting game.

Ballinagar have a lot of very good young talent but fate has been cruel to them. Morgan Tynan is out for the season with a hamstring injury, Ryan Strong is also out with injury and Adam Strong is in Texas on a college work placement. He won't be home for this game anyway and these absentees leaves Ballinagar very vulnerable – their midfield is desciminated and while Adam Strong could possibly be got home if they get to a final, there is absolutely no guarantee they will be there.

Ballinagar beat Edenderry well in the group but Morgan Tynan and Adam Strong were playing that day. They are their two most important players and Ballinagar will find it very hard to win a championship without them. Edenderry had an easy win over Tullamore in the quarter-final and have a lot of good players. They will now fancy their chances, even if the group defeat (1-22 to 2-7) is a big one to bridge. This is not far off a 50-50 game.

Kilcormac-Killoughey have been championship favourites from the start of the season and that mantle has been strengthened by the above mentioned Ballinagar injuries as well as Cathal Donoghue's return from a knee injury.

Donoghue came on as a sub for K-K in their senior “B” hurling semi-final defeat by Tullamore on Saturday. It was his first club action of the year and he will be a massive addition to their junior footballers. K-K are in the unique position of being warm favourites against one of Offaly's most powerful football clubs, Rhode. Rhode's second team should be strong but haven't been particularly impressive. K-K beat them by 6-10 to 1-6 in the group while Rhode's 1-11 to 0-5 quarter-final win came against a very weakened Kilclonfert.

K-K have a lot of dual players and senior hurling is their priority but they will be putting out their strongest team in this. They want to win this grade, have been doing some work this year and it will be a fairly big surprise if they don't make the final.