PREVIEW: Shamrocks the favourites but under no illusions about Seir Kieran challenge in Offaly Intermediate Hurling final 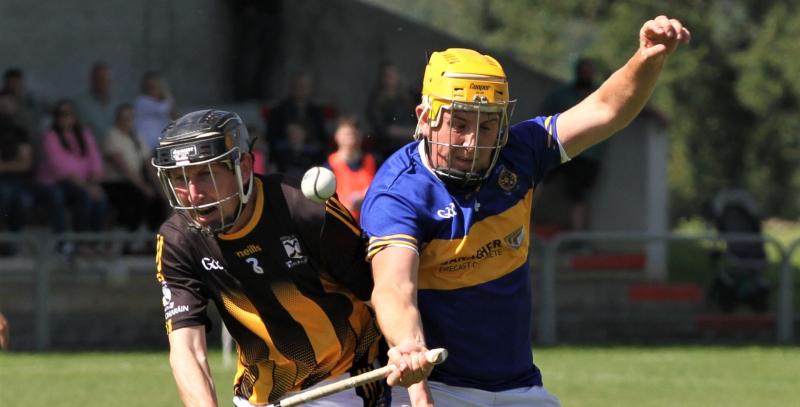 Seir Kieran had a great win over St Rynagh's in the IHC semi-final.

HAVING got bitten a couple of times in the past few years, Shamrocks will be very wary of the favourites tag that has attached itself to them for Sunday's Intermediate Hurling Championship final against Seir Kieran.

They will also be very aware of the fact that they would have been underdogs if they were facing St Rynagh's and they have been made favourites mainly because of their earlier group win over Seir Kieran.

It will make for a compelling game of hurling and Seir Kieran will relish the challenge. They will not have one iota of fear about Shamrocks, they are pure hurling territory and a win at this grade would serve the club very well.

Others are on both panels and managing the dual commitments is a big challenge for them. Indeed, it led to the departure of Daithi Regan as manager earlier in the season and he was replaced by a Cork man living in Mucklagh, Cal Aherne.

Both have done really well to reach the final and have performed in the biggest games in the knockout series.

They came out of the same group. Shamrocks lost 3-12 to 0-13 to Carrig-Riverstown in the first round while Seir Kieran had a big 2-23 to 0-8 win over Brosna Gaels.

They clashed in the second round with Shamrocks winning very comfortably by 5-14 to 0-13. The nature of that win makes them favourites for Sunday but Shamrocks know that there is no comparison between a group game and a final – the GAA is full of examples of teams overturning big group defeats in knockout games.

Seir Kieran were beaten 4-22 to 1-14 by Carrig-Riverstown in the last group game while Shamrocks had their worse game of the year by far when losing 2-11 to 0-12 to Brosna Gaels – Brosna Gaels had a year to forget and ended up relegated.

They were tied with Brosna Gaels on two points each but both qualified on scoring difference and their seasons have taken off since then. Seir Kieran defeated Shinrone by 1-18 to 2-12 in the quarter-final while Shamrocks had a 1-17 to 1-12 win over Coolderry.

In a low scoring semi-final, Shamrocks showed great character to beat Carrig-Riverstown by 2-9 to 1-9. Seir Kieran also showed huge courage as they rallied late to beat fancied St Rynagh's by 3-17 to 1-22 in their semi-final.

It sets the scene for a very attractive final. Both clubs really want to win. Shamrocks were dismayed when they were relegated from senior B hurling four years ago. They had been beaten by Ballinamere in the senior “B” final the previous year and it looked like it was a blip but they are still in the third tier.

Shamrocks have lost a semi-final to Coolderry and final to Birr. They were expected to win both games but nothing comes easy in championship hurling and they have discovered this. They really need to get back up.

The same pressure is not on Seir Kieran but this very proud club know that there are considerable benefits from winning this grade. Their glory days are in the past and they have struggled to hold their own at senior level in recent years. They are working very hard and a win here would give the club a huge boost.

Both sides have a lot of very good hurlers. Seir Kieran have some former seniors and they have no obvious weaklink. As their results show, they are capable of shipping big beatings but it is never because of lack of effort or character. They do have weaklinks but they won't be one bit afraid to win this final.

Shamrocks have a recent Offaly senior hurler in David O'Toole-Greene and they will be fit – the football training that many of their squad has done this year should give those players an edge over some of the Seir Kieran players in the fitness stakes.

The O'Connor Park venue may suit Shamrocks as their players are very familiar with it and in some ways, it is like a home game for them. That being said, Seir Kieran will relish the challenge of taking them down there and they have a very good chance. The key for Seir Kieran is to stay in the hunt into the closing quarter. If they can do that, they will go very close but they can't afford to let Shamrocks open up a gap.

In a tight game, questions will arise for Shamrocks and they are ones that this squad haven't always answered well in the past. However, they are strong at this level and this could be their year to get back up a rung.