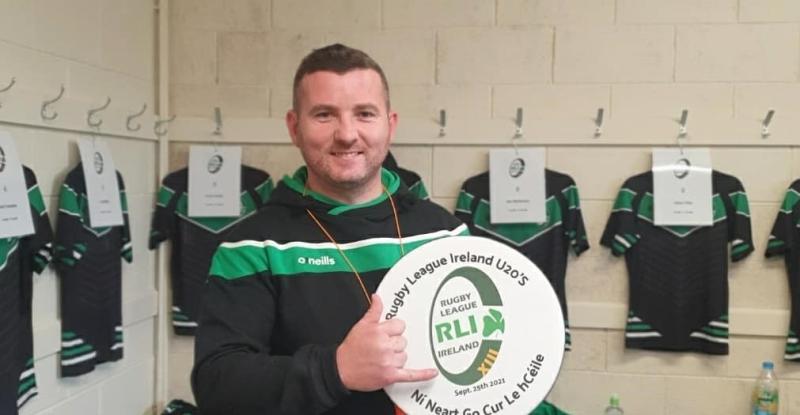 TULLAMORE man Bernard Westmeath is leading the Irish U-19 Rugby League team into the European Championships this week.

Westman, a former Rugby League and Rugby Union player, is the head coach of the Irish team who are competing in Italy this week.

The squad are departing this Thursday and will spend 11 days in Italy. Conan Uphill is the assistant coach, Dominic Hastings is the team manager and Stephen Mulhall is the team physio/strength and conditioning coach.

The squad are travelling to Bella Italia Sports Village in Lignano Sabbiardoro, near Venice, for the 10 day/ 8 team tournament, competing against the best youth Rugby League talent across Europe.

Ireland will play England, France, Serbia, Wales, Italy and Ukraine in 20 minute games on September 3 and the results of these will determine who goes into pools A and B, where two further full 80 minute games will be played.